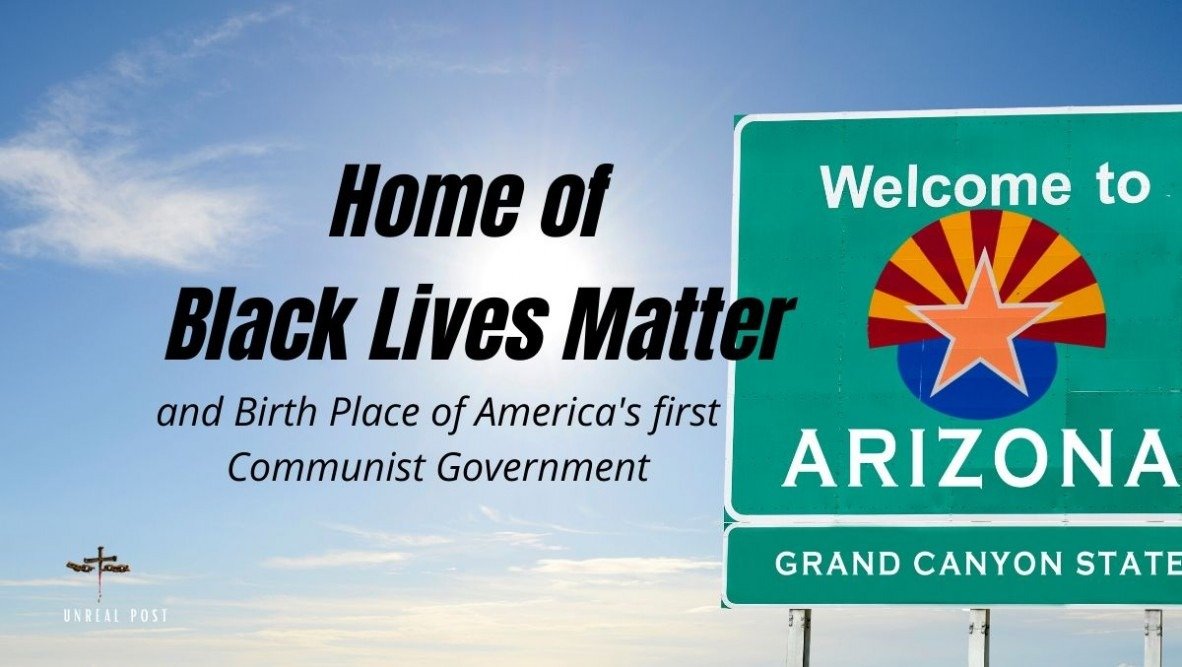 And why isn’t anyone saying anything about it?

It’s an established historical fact that Marxism and communism are evil with a track record of death and despair for the people living under communism.

The founders of Black Lives Matter are professed trained Marxists. Just a cursory read of black lives matter website and death to America, lawlessness, gross immorality, jumps off the page as their gospel. You would think anyone in America, the land of liberty and freedom, would tell anyone associated with a Marxist/communist organization to take that evil back to China.

Not Arizona! From Phoenix to Tucson to Flagstaff and municipalities in between BLM is having a significant influence from the executive level, the state legislature, and the City level where BLM has been most prevalent.

There is no negotiating with BLM, they only demand.

BLACK LIVES MATTER “DEMANDS” THE FOLLOWING and it SOUNDS LIKE SATAN HIMSELF WROTE THIS STUFF: (SOURCE: BLM WEBSITE)

Death and Despair of Black Lives Matter in Arizona

After reading BLM’s demands you would think that any person in America regardless of political belief would tell them to take a hike.

“Tucson stands in solidarity with our Black brothers and sisters across the country in fighting the systemic racism that pervades our society at all levels,” Tuscon Mayor Romero said in a news release. “We are here to support, listen, and learn from the Black Lives Matter movement and our community so that we can better affect change and work for meaningful reform that closes racial, economic, and social inequities.

Really? With a Marxist communist organization hell-bent on destroying America.

Or Phoenix Police Chief Jeri Williams addresses Black Lives Matter saying “I am beside myself with disbelief and joy at the voices of this generation making voices of my generation be silent … for this I commend you,” Williams told the crowd to applause. “Thank you so much for ending things peacefully. That is what is really resonating with all of us and is forcing us to listen.”

Really, with an evil organization preaching a gospel of dismantling the police and release all criminals from prison ASAP. It’s beyond absurd.

Or what is most frightening, is the Arizona Democratic Party’s “we’re all in with communism” dogma! The AZ Dems website has an entire section dedicated to “Black Lives Matter” promoting the doctrine of Karl Marx and the gospel of death and despair. All under the guise of ending systematic racism, equality, justice and we ‘Democrats’ know what’s best for you. Horrors!

Racism is sin and Christ took care of the sin dilemma by the work of the cross. Only the gospel can transform mankind’s evil heart.

Who is Black Lives Matter?

Behind the principles of Marxism is evil, Satan himself is the progenitor of marxism, communism, and socialism. Therefore the foundation on which Black Lives Matter is built is evil.

Marxism is directly responsible for the death of hundreds of millions of innocent men, women, and children. These despicable and ungodly people can’t erase their evil history. It’s a fact that Marxism is no less than a scourge brought upon humanity.

The excerpt below is from an article in USA Today, published May 8, 2018.

Marxists assumed that vastly increasing government power was the key to liberating humanity. Glorifying command-and-control was the flipside of demonizing prices and profits. But all-powerful regimes quickly became ends in themselves. In 1932, Soviet dictator Josef Stalin decreed the death penalty for any theft of state property. As millions of Ukrainians were starving due to the brutal collectivization of farms, even children poaching a few ears of corn could be shot.

The core tenant of Marxism, Communism, and socialism is that there is no God, there is no Redeemer, no Christ. Karl Marx himself admitted, “My object in life is to dethrone God and destroy capitalism.” To Karl Marx, he felt Christianity and family were obstacles to his idea of utopia.

I don’t want my kids and grandkids growing up in a world of death and total despair. Who does? But that’s what will happen if this communist takeover of Arizona and America isn’t stopped and stopped now.

Wake up Arizona! Wake up America!

← Prev: A trans Christian minister came out in a sermon. Now, she’s bracing for what comes next. Next: End Time Scenario: Only 39 Percent of Americans Believe 'Life Is Sacred,' Barna Finds →