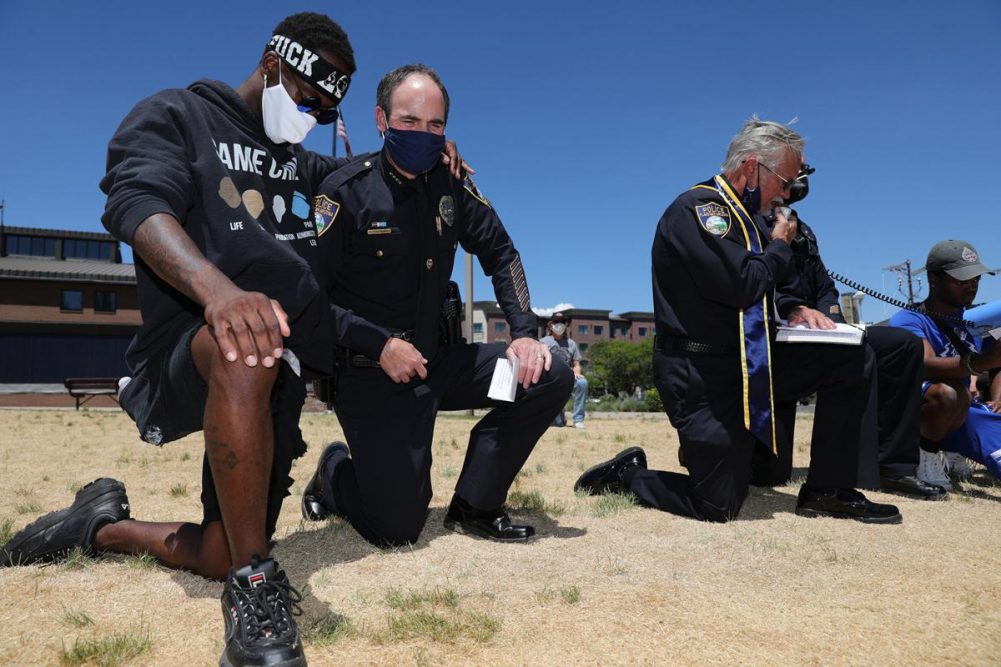 Why would any Police Chief in America bow the knee to the Marxist organization Black Lives Matter the wants to dismantle the police department that you lead? Why would any American bow the knee in submission to BLM, that wants to destroy America and start over?

Marxism is directly responsible for the death of hundreds of millions of innocent men, women, and children. These despicable and ungodly people can’t erase their evil history. It’s a fact that Marxism is no less than a scourge brought upon humanity.

The excerpt below is from an article in USA Today, published May 8, 2018.

Marxists assumed that vastly increasing government power was the key to liberating humanity. Glorifying command-and-control was the flipside of demonizing prices and profits. But all-powerful regimes quickly became ends in themselves. In 1932, Soviet dictator Josef Stalin decreed the death penalty for any theft of state property. As millions of Ukrainians were starving due to the brutal collectivization of farms, even children poaching a few ears of corn could be shot.

Behind the principles of Marxism is evil, Satan himself is the progenitor of marxism, communism, and socialism. Therefore the foundation on which Black Lives Matter is built is evil.

The core tenant of Marxism, Communism, and socialism is that there is no God, there is no Redeemer, no Christ. Karl Marx himself admitted, “My object in life is to dethrone God and destroy capitalism.” To Karl Marx, he felt Christianity and family were obstacles to his idea of utopia.

Marxism is evil, Karl Marx was a wicked ungodly human being that hated God, family, and freedom and loved death.

At the very core of Black Lives Matter is that they hate God and love death. Nothing good can come from Black Lives Matter, only death and despair. It should shock all Arizonans that any Arizona Police Chief would bow to their demands.

‘But he that sinneth against me wrongeth his own soul: all they that hate me love death.’

Blood bought believers bow to NO ONE, NO IMAGE.

‘‘You shall not make for yourself a carved image—any likeness of anything that is in heaven above, or that is in the earth beneath, or that is in the water under the earth; you shall not bow down to them nor serve them. For I, the Lord your God, am a jealous God, visiting the iniquity of the fathers upon the children to the third and fourth generations of those who hate Me,’

‘You shall not bow down to their gods, nor serve them, nor do according to their works; but you shall utterly overthrow them and completely break down their sacred pillars.’

Christians bow the knee only to our Lord and Savior Jesus Christ.

‘For this reason I bow my knees to the Father of our Lord Jesus Christ, ‘

‘Oh come, let us worship and bow down; Let us kneel before the Lord our Maker.’

‘For there is one God and one Mediator between God and men, the Man Christ Jesus, ‘