A trans Christian minister came out in a sermon. Now, she’s bracing for what comes next. 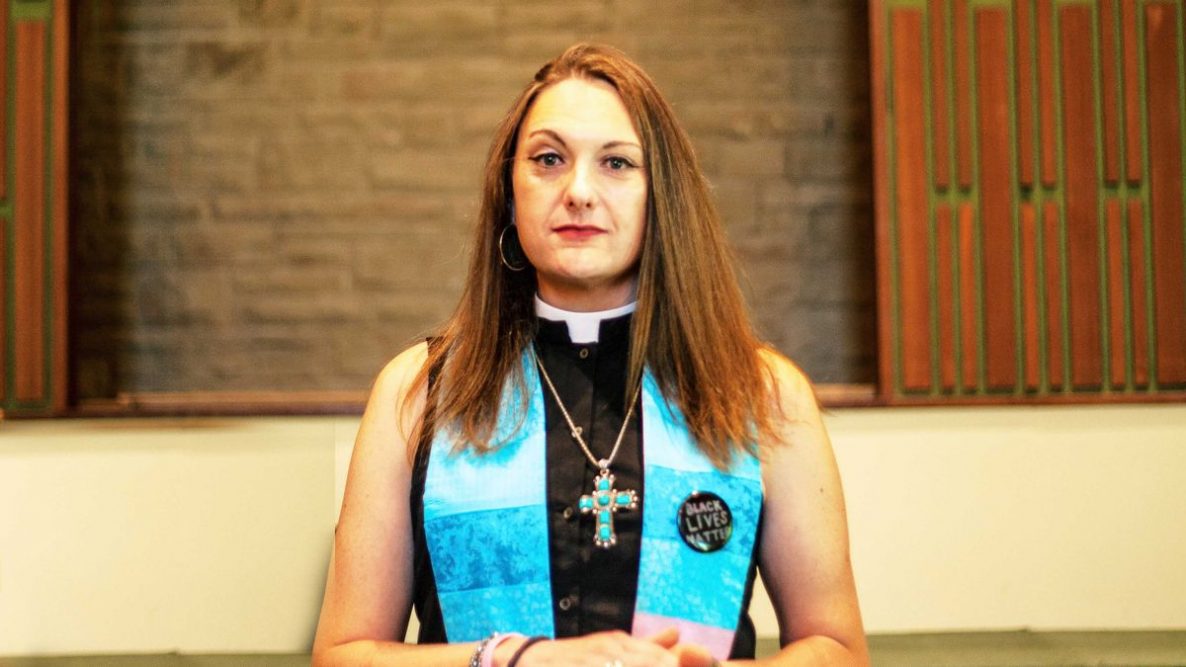 First, she’s not a Pastor. Not according to Scripture anyway. Second, this is vile and the work of the god of this world, Satan.

The gross immorality combined with spiritual adultery is beyond absurdity. All of it in complete opposition to Scripture.

Contrary to this woke church those who experience true salvation are a new creation. In other words, we are not just saved out of hellfire we are saved from our ungodly lifestyle, Junia Joplin is living a grossly immoral and ungodly lifestyle and celebrating and adulterating in by mixing it with the truth of God. Anathema!
The old sinful habits, old lifestyle are gone, nailed to the cross. Believers will have an immediate change in appetites, a change in behavior, a change in attitude. Why? Because we’re a new person, we’re different than what we were before. That doesn’t give us a halo around our head, or make us sinless, or anything like that, but we are now the result of the creative work of the Creator God. Salvation is God’s doing!

Religion is man’s attempt to gain God’s grace by doing something that he or she thinks will satisfy God enough to let him or her into heaven. Christianity is doing absolutely nothing but believing by faith alone that Jesus Christ did absolutely EVERYTHING required by God the Father on my behalf to secure my place in heaven.

In Religion, any religion, it always comes down to an individual doing something! Doing something to fit a prescribed theology, to modify your behavior and the way you think; then, you might be doing just enough to make it to heaven.

Christianity, on the other hand, requires a person to do nothing but believe by faith alone that Jesus Christ died for their sins on the cross, was buried and rose from the dead never to die again. God’s promise as a response to that person’s FAITH is salvation. But it doesn’t end there, God immediately steps into the person’s life by indwelling them with the Holy Spirit, making that person a new creation changing the person from the inside out.

Religion offers no such change of heart, no assurance of an eternity with our Lord and Savior. Only the desperate hope that maybe they have done enough good that God will let them into heaven.

The horror of religion!

Christianity is supernatural, transformative and powerful.

For the believer, it is the gospel of grace and God’s grace in general that transforms us working through the Word of God .

Junia Joplin — June to her friends — is a pastor near Toronto who recently came out as trans to her congregation in the form of a sermon. When she was 11, at a Christian summer camp, on an island, in the middle of a lake in upstate New York, Junia Joplin — June to her friends — realized two things: She wanted to be a minister, and she wanted to be a girl. She realized she wanted to be a minister because, well, it was a church camp. But she knew she wanted to be a girl because girls were separated on the other side of the island. And June knew, on some subconscious level, she was on the wrong side of that island. “There wasn’t a day when I was 11 that God said, ‘Oh, hey, June, by the way, there’s something I want you to do,’” she says. “It’s less like a Post-It note that shows up on your door one day and more like this transmission that you keep turning the dials on for the rest of your life. That’s also the way I think about gender. So many of us can say that they had inklings [about their gender] at 4 or 5, 6 years old. … Some of us it’s not as clear. It’s a lot more faint. But it’s always there.” “I want to be a minister” and “I want to be a girl” weren’t revelations that could be pursued simultaneously, at least not in 1990 in rural North Carolina, where June grew up. She had to pick one door or the other. “I came home from camp realizing that some profound things had happened to me over the course of that week. There was part of it that I could tell […]

Click here to view the original web page at www.vox.com

← Prev: Catholic youths heroically stop California mob from tearing down saint’s statue Next: Why is Arizona Government being taken over by the 'Marxist Group' Black Lives Matter →