Joe Biden’s New Arizona Hire is a Scumbag and Proud of It | Broadcasting His Vile Belief’s Via Twitter Expressing His Hatred for Women, Hate for Police and Hate for America 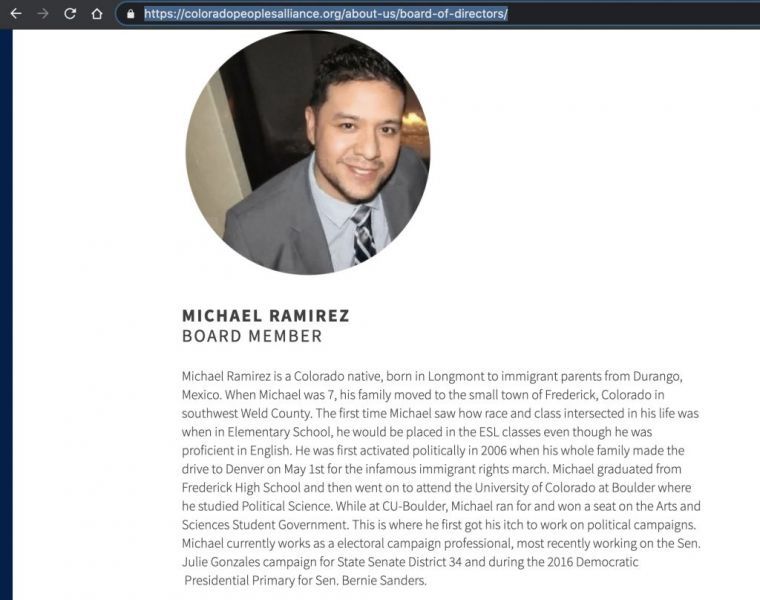 On Tuesday Joe Biden announced another round of staff hires in Arizona including Digital Organizing Director Michael Ramirez, who over the last decade has tweeted statements that are sexist, racist, and anti-cop.

America and the world should expect nothing less than unrighteousness and vulgarity from the Democratic Marxist party. The Democrat Party Platform could have been written by Satan himself. They hate Jesus Christ (no reference to God at all in their platform)  and love death (but fully support the murder of the unborn) is the best way to describe the Democrats. So it should be no surprise that they would hire vulgar and vile people to further promote their gospel of despair. And this clown is a prime example of the vulgar belief system that makes up Joe Biden’s campaign staff.

John 3:19 “This is the judgment, that the Light has come into the world, and men loved the darkness rather than the Light, for their deeds were evil.”

While the Biden campaign is pushing the narrative that Harris, who has been identified as one of the most progressive senators by Americans for Democratic Action, is really a pragmatic moderate, the hiring of Ramirez seems to indicate that the campaign is anything but moderate. Over the years, Ramirez has tweeted the following: Ramirez, who self-identifies as a Marxist, was Field Director for the Bernie Sanders 2020 Presidential campaign in Arizona. Prior to that, he worked as the Deputy Field Director for the Nevada Caucasus. In the 2018 midterms, Ramirez served as Campaign Manager for Colorado Senator Julie Gonzales and in 2016 he was a National Latino Outreach Strategist for Sanders. His tweets have not appeared to have affected his political aspirations thus far. However, the last presidential candidate he worked for dropped out.

The Colorado Peak Politics reports… Ramirez is listed as a board member of the Colorado People’s Alliance. COPA is a far-left organization associated with the likes of Tay Anderson and recently employed former State Rep. Rochelle Galindo after she resigned amid allegations of sexual assault.