How the transgender movement destroyed a family. A mother tells her story. 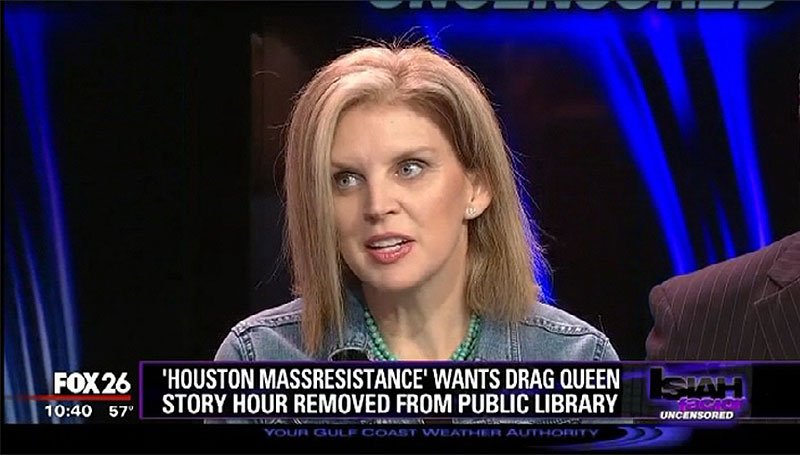 Tracy answers a liberal reporter while being interviewed by Fox TV in Houston. Most people are told about the “transgender” movement through the rose-colored lens of the mainstream media and the “social justice” push in schools, colleges, corporations, government, and even the medical establishment. Almost every day, new laws are passed or court rulings are announced that further accommodate it and punish those who disagree. And the political correctness supporting it gets ever more severe. But almost no one hears about the terrible damage this sexual perversion and mental health disorder causes for virtually all the people it touches. This testimony will help fill that void. Since 2018, Tracy Shannon, our Texas MassResistance Chapter leader, has been fighting to expose and put an end to the destructive LGBT agenda in her state. Her efforts to unmask and undo “Drag Queen Story Hour” in Houston, and later throughout the rest of the country, have gained considerable attention, not just in the U.S. but around the world. Joined by local MassResistance parents who are outraged by transgender “Drag Queens” coming to local libraries, Tracy leads a press conference at City Hall in Austin, Texas. What many may not know about Tracy, however, is that she and her children have been severely harmed by the LGBT movement. Her tragic story explains how one of our best activists has been motivated to accomplish her wonderful work to help protect others from this monstrous movement. MassResistance interviews Tracy Shannon How has the LGBT movement affected your family? Several years ago, when my children were all very young, my first husband decided to “transition” to the opposite sex. This was after 15 years of marriage and having three children together. Were there any early signs of this? Yes, but at the time I would […]

Click here to view the original web page at www.massresistance.

Want to get out of this lifestyle? Only the power of the gospel of grace can change you from the inside out. Click below.

← Prev: Israel Will Have It's Temple Again: Rabbi Inspects Red Heifer in Secret Location in Israel for Use in 3rd Temple Next: Kamala Harris: It’s an “Injustice” if Women Can’t Kill Their Babies in Abortions →