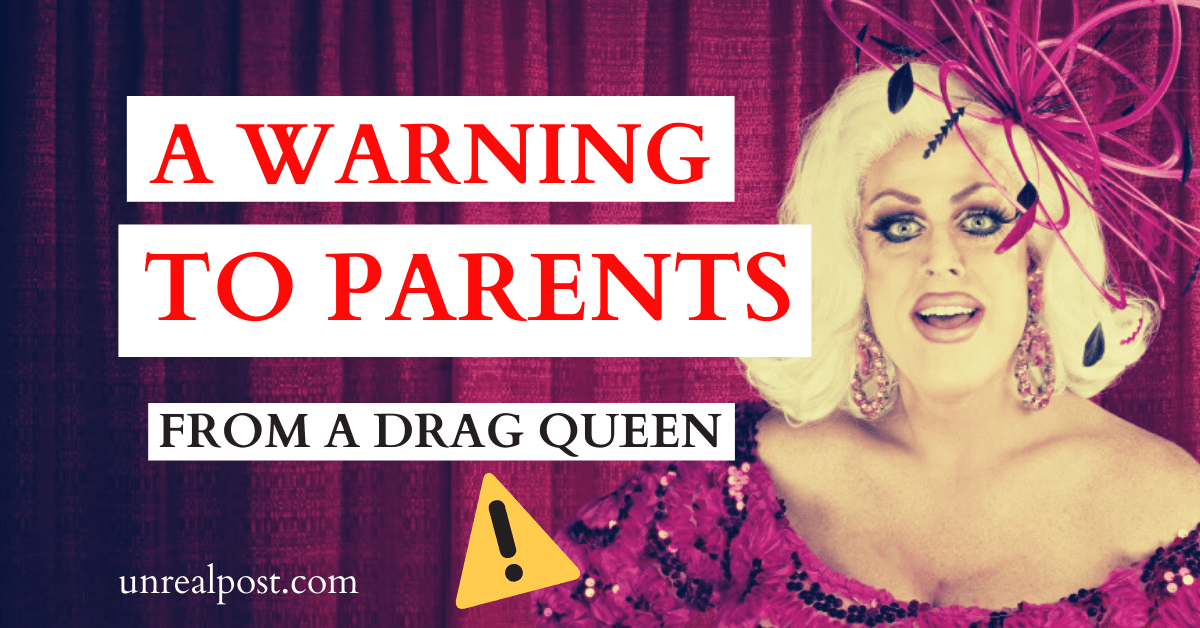 Unbelievable, being warned from the source about the filthy, predatory nature and grossly immoral atmosphere surrounding the Drag Queen Story Hour.

The reality is that it will go unheard by the unsaved world because they are blinded by the truth and one blinding them is the god of this world himself Satan.

But even if our gospel is veiled, it is veiled to those who are perishing, whose minds the god (Satan) of this age has blinded, who do not believe, lest the light of the gospel of the glory of Christ, who is the image of God, should shine on them.

Only the gospel can change hearts! Pray that the gospel of the grace of God reach this person that stepped up to warn parents of the filth surrounding this wickedness.

‘And you hath he quickened, who were dead in trespasses and sins; Wherein in time past ye walked according to the course of this world, according to the prince of the power of the air, the spirit that now worketh in the children of disobedience: ‘

‘And you hath he quickened, who were dead in trespasses and sins; But God, who is rich in mercy, for his great love wherewith he loved us, Even when we were dead in sins, hath quickened us together with Christ, (by grace ye are saved;) ‘

Addressing parents personally, Demure insisted that looking “woke” was not worth putting children at risk.

“I understand that you might want to look like you’re with it, that you’re cool and woke … but you can raise your child to be just a normal everyday child without including them in gay sexual things,” he implored.

“We don’t need you to bring your children around,” Demure said, urging parents to start acting responsibly. “Keep your kids at home, or take them to Disneyland, or take them to Chuck E. Cheese. If you need your child to be entertained by a big human in a costume-wearing makeup, take them to the circus or something.”

A popular drag queen known as “Kitty Demure” has issued a stark warning to parents who are seeking to involve their children in the crossdressing scene.

Increasingly, liberal parents have attempted to normalize the trans practice by taking their own children to drag clubs. Highlighting what really goes on at these establishments, Demure insists that this is never a good idea. “What in the h*** has a drag queen ever done to make you have so much respect for them, and admire them so much, other than put on makeup and jump on the floor and writhe around and do sexual things on stage?” Demure asked in the video, which has been viewed over 300,000 times. “I have absolutely no idea why you would want that to influence your child. Would you want a stripper or a pornstar […]

← Prev: ‘You Are Discriminating Against the Church’: Pastor in Belize Passionately Speaks Against Proposed ‘Equalities’ Bill Next: Tragic Update: Christian Pastor Kidnapped by Boko Haram Has Been Executed →