“A Must Read”: Arizona Department of Human Subjects: What is Your Exit Strategy? 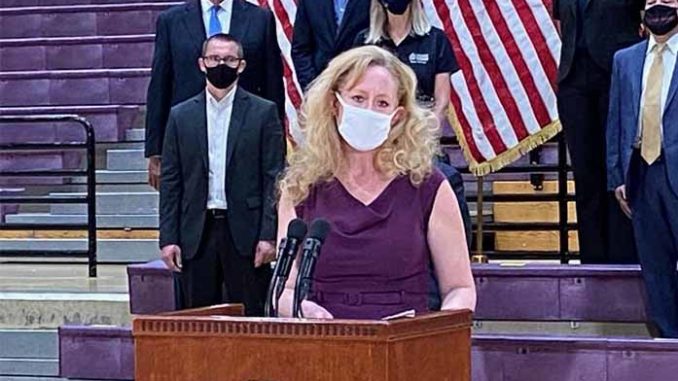 Ronald Reagan once famously said “The most terrifying words in the English language are: I’m from the government and I’m here to help.” After six months as unwitting subjects in an unprecedented experiment designed by our new bureaucratic masters, the Arizona Department of Health Services (ADHS), a.k.a., the Arizona Department of Human Subjects, we need to modify Reagan’s dictum. For the citizens of Arizona, the most terrifying words are: “I’m from the Arizona Department of Health Services and I am here to formulate and dictate your public policy response to the pandemic.” The grand experiment and the concomitant adoption of our state-run religion of mandatory “social distancing” began on March 11, when Governor Ducey declared a “state of emergency,” which concludes with the following sentence: “This Emergency Declaration will be eligible for termination upon the resolution of the outbreak as determined by the Arizona Department of Health Services.” For the next six months, we have ceded authority over our economy and society to these unelected bureaucrats, who seem to be accountable to no one. All aspects of our lives, including “re-openings,” are subject to their approval, so that their grand social experiment can continue. The ADHS experiment consists of three unprecedented and deviant “non-pharmaceutical interventions (NPIs).” The first is physical distancing (i.e., the “six-feet rule”), which has been indiscriminately applied to every industry and aspect of our lives. A second NPI is the quarantining of virtually the entire population (e.g. “stay-at-home” orders). Finally, we have the most draconian NPI: shutdowns and “re-openings” of entire industries, based on a totalitarian taxonomy of industries and workers who have been deemed by our governor to be “essential” or “non-essential.” From an economic standpoint, forced shutdowns of industries can only be […]

Arizona’s #MaskUp police want you on your knees for not being obedient.