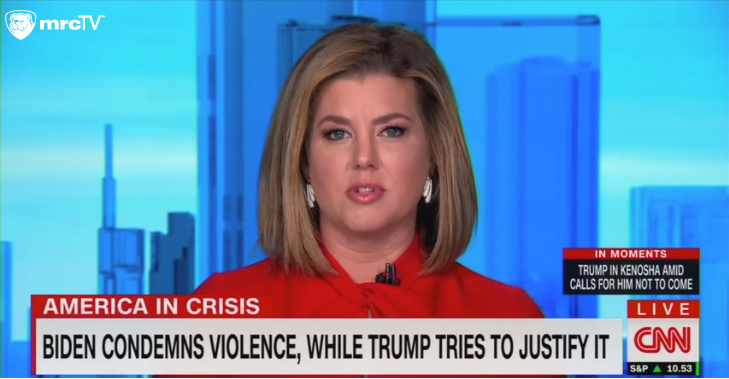 The perpetually disturbed, hateful, and Confederate cooler-toting Wilson claimed Trump supporters are so “divorced from reality” they would willfully contract “the black plague” if Trump said, “that the black plague is awesome.”

With Cabrera and Powers, they expressed dismay how the race wasn’t looking like a Biden landslide, as if to lament that millions of Americans are too stupid to understand what’s good for them.

Cabrera and Wilson began by assaulting Trump for supposedly putting his supporters “in danger” and attacking his supporters for being out of touch with “reality” (click “expand”): LifeNews depends on the support of readers like you to combat the pro-abortion media. Please donate now . CABRERA: Rick, we can lay all that out, but we have seen this week and we are seeing again this afternoon, people lining up to see the President because they don’t believe he would ever do anything to put them in danger. So what is being lost in translation here? WILSON: Well, there is a separate reality bubble around the Trump world. They — they get their news from Facebook and another network. They are hermetically sealed against reality. And so they believe that there is no such thing, they believe only 9,000 people have died of COVID instead of two hundred thousand. They believe that the President is — confers on them some sort of — of almost magical immunity to the — to the reality of this world and it’s tragic and as we’ve seen, we have major gatherings such as that happened in Sturgis, such that happened at university campuses, we get […]

← Prev: John MacArthur’s Church Defies Judge, Says Outdoor Restrictions Would ‘Shut the Church Down’ Next: "A Must Read": Arizona Department of Human Subjects: What is Your Exit Strategy? →