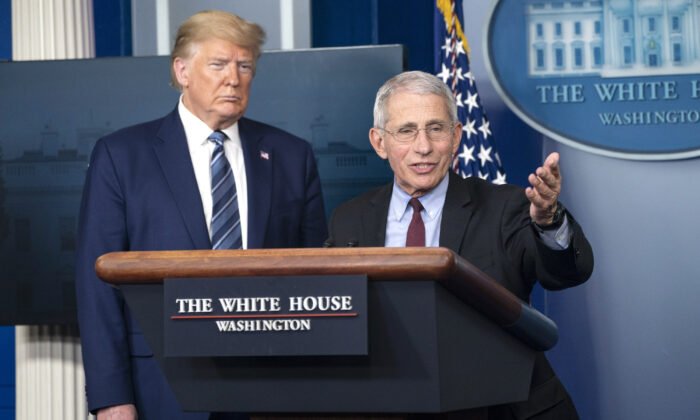 “This media chatter is ridiculous—President Trump is not firing Dr. Fauci,” Hogan Gidley, deputy assistant to the president, said in a statement. “Dr. Fauci has been and remains a trusted advisor to President Trump.” Fauci, the longtime director of the National Institute of Allergy and Infectious Diseases, has drawn increasing ire for his push for locking down America amid the COVID-19 pandemic, which led to millions of people losing their jobs.

Criticism ramped up when in early April he called the situation “inconvenient” during one of his many television appearances. Trump on Sunday stoked theories he’s planning to dismiss the doctor when he shared a tweet that included the hashtag “Fire Dr. Fauci.” The tweet, sent by a former congressional candidate, noted that Fauci in late February was telling Americans they did not need to change anything they were doing and that the risk of contracting the CCP (Chinese Communist Party) virus , commonly known as novel coronavirus, was low. Dr. Anthony Fauci, right, director of the National Institute of Allergy and Infectious Diseases, speaks while President Donald Trump (C) and Vice President Mike Pence, listen during a briefing on the CCP virus pandemic, in the press briefing room of the White House in Washington on March 24, 2020. (Drew Angerer/Getty Images) Gidley said the tweet “clearly exposed media attempts to maliciously push a falsehood about his China decision in an attempt to rewrite history.” “It was Democrats and the media who ignored Coronavirus choosing to focus on impeachment instead, and when they finally did comment on the virus it […]

← Prev: Chick-fil-A Beats Starbucks as Favorite Restaurant among Teens, Survey Shows Next: The Mystery or Secret of the Cross →