The Mystery or Secret of the Cross 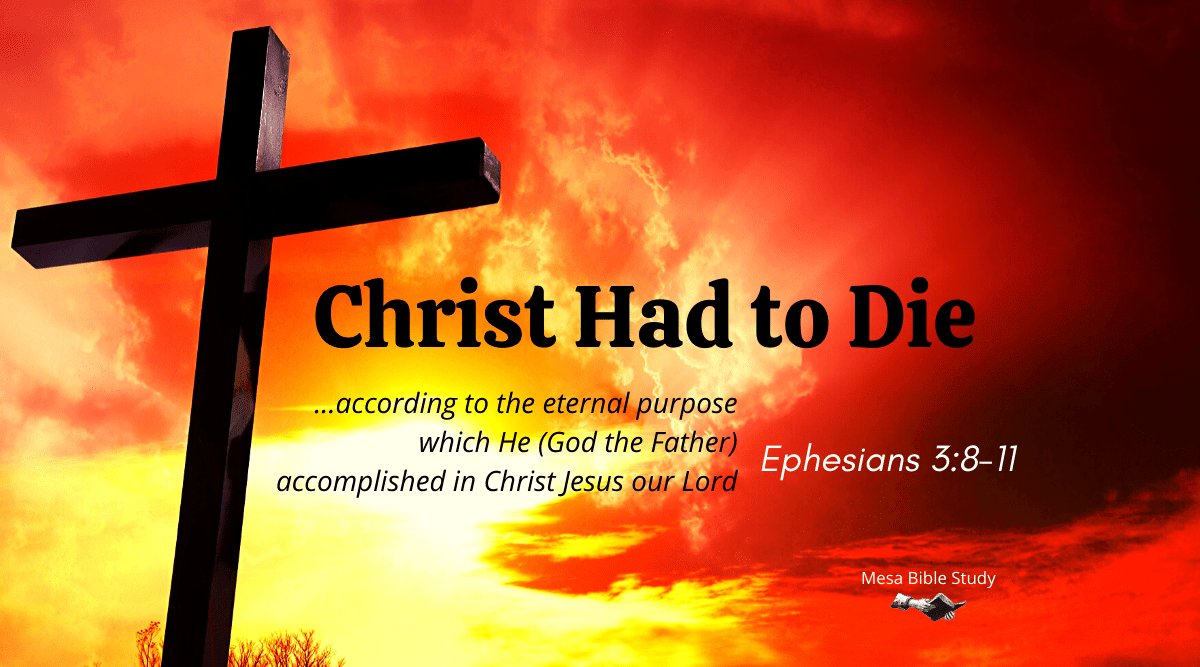 The Mystery or Secret of the Cross

…according to the eternal purpose which He (God the Father) accomplished in Christ Jesus our Lord,  – Ephesians 3:11

Sometime in eternity past, before anything was created the Triune God in counsel, determined a plan for the Ages. That God the Son, would step out of the invisible, take on flesh, to be the Supreme sacrifice for the sin of the world.

Him, being delivered by the determined purpose and foreknowledge of God, you have taken by lawless hands, have crucified, and put to death; whom God raised up, having loosed the pains of death, because it was not possible that He should be held by it.

who has saved us and called us with a holy calling, not according to our works, but according to His own purpose and grace which was given to us in Christ Jesus before time began,

In God’s foreknowledge, He could see every detail from the beginning to the end. And in this predetermined plan, laid out before God created one star, one grain of sand before anything was created, the HIGHLIGHT of this plan would be the “Cross”.  Which is the mystery or the “secret” of the gospel of the grace of God that up until revealed to the apostle Paul by the risen and glorified Lord has been hidden, kept secret since the world began (Romans 16:25).

That now (not before or during Christ’s earthly ministry) on this side of the cross, because the sin debt was paid in full by and through the shed blood of Jesus Christ, His burial and resurrection God could now temporarily blind His chosen people Israel because of their disobedience (Romans 11) and pour out His grace to ALL mankind by offering the free gift of salvation to all mankind Jew or Gentile by faith alone in the gospel apart from the Mosaic Law and temple worship.

This was unheard of for 2000 years until the gospel of grace comes on the scene around 40 AD.

‘Now to Him who is able to establish you according to my gospel and the preaching of Jesus Christ, according to the revelation of the mystery kept secret since the world began but now made manifest, and by the prophetic Scriptures made known to all nations, according to the commandment of the everlasting God, for obedience to the faith— to God, alone wise, be glory through Jesus Christ forever. Amen.’

He is not here: for He is risen…

If you need salvation or have questions about salvation scroll down to the Good News!