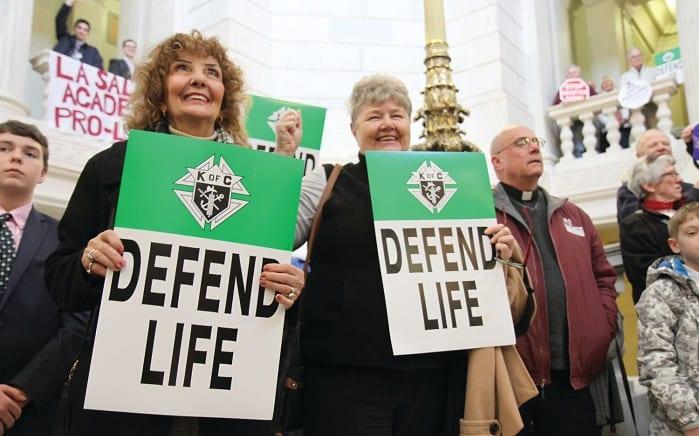 Virginia lawmakers defeated a final attempt to pass the pro-abortion Equal Rights Amendment on Thursday in the House of Delegates.

The AP reports the U.S. Constitutional amendment narrowly failed Thursday, a final attempt by abortion activists to pass the legislation after it failed in a Virginia committee vote in January.

The ERA would amend the U.S. Constitution to guarantee equal rights for all born citizens no matter what their sex is. Thirty-eight states need to ratify it, and Illinois became the 37th last year. Pro-life advocates long have warned that abortion activists would use the amendment to destroy the limited protections that America provides to unborn babies.

“The ERA, as currently written, would eliminate virtually every single regulation on abortion,” including the partial-birth abortion ban, according to the Virginia Society for Human Life. It also would force taxpayers to fund elective abortions.

Pro-lifers fought hard to prevent the amendment from passing this year. The AP reports abortion activists “mounted an unusually aggressive lobbying and advocacy campaign” for the ERA this year.

Advocates held vigils and often packed Capitol hallways to greet lawmakers on their way to the House or Senate chambers. Some staged multiple protests aimed at House Republican leaders, including one that led to a women being arrested and jailed for several days on a charge of indecent exposure. Democrats made pointed comments aimed at their Republican colleagues during floor speeches. …

Republicans [in the House] said ratifying the ERA could lead to a raft of unintended consequences, including making it harder for women-owned businesses to win state contracts.

And GOP House Majority Leader Del. Todd Gilbert said the ERA was being pushed by pro-abortion advocates as a way of gaining “an unfettered right to an abortion, right up until the moment of birth and at taxpayer expense.”

Pro-abortion groups lobbying for the ERA include Planned Parenthood, NARAL, the ACLU and the National Organization for Women (N.O.W.).

“Whatever else passage of the currently-worded ERA would do, it would immediately and successfully be used to undermine protections for the unborn and their pregnant mothers,” Cuccinelli wrote in a recent letter to state lawmakers. “There is no reason any person for whom protection of the unborn and their pregnant mothers is a priority to support the currently-worded ERA.”

There is a possibility the ERA would fail even if Virginia ratifies it. When the amendment first was introduced, U.S. Congress set a deadline of 1982 for final passage, and that deadline has long passed. A legal battle would be very likely if the amendment passes.