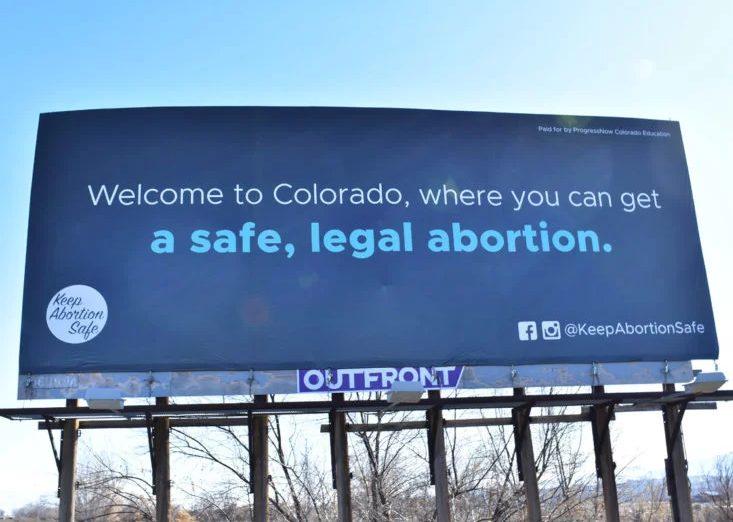 A new billboard along Interstate 70 in Colorado welcomes individuals who want to abort unborn babies for any reason up to birth.

Colorado is one of the few states where abortions are legal through all nine months of pregnancy, and a late-term abortionist in Boulder openly performs them.

The billboard, paid for by ProgressNow Colorado, proudly states, “Welcome to Colorado, Where You Can Get a Safe, Legal Abortion,” the pro-abortion blog Rewire reports. It stands on Interstate 70, a highway between Colorado and Utah, where abortions are more heavily restricted.

Advertising to out-of-staters from Utah and other states is the point. The blog ironically calls Colorado a “safe haven” for women in neighboring states because it does not restrict the killing of unborn babies.

“We’re anticipating the numbers who are going to have to travel to get to a provider will increase,” said PPRM President Vicki Cowart. “We’re positioning ourselves to be part of the solution to deal with what we’re anticipating is going to be a public health crisis.”

The public health crisis, according to her, is an end to abortion on demand. Abortion activists fear the new conservative-majority U.S. Supreme Court could overturn Roe v. Wade and allow states to ban or at least restrict abortions once again.

Eight states allow unborn babies to be aborted for basically any reason up to birth. The states are Alaska, Colorado, New Hampshire, New Jersey, New Mexico, New York, Oregon and Vermont, along with Washington, D.C. In these states, about 12,000 late-term unborn babies are aborted every year, and women have admitted publicly to aborting healthy unborn babies during healthy pregnancies.

Meanwhile, other states like Arkansas and Kentucky are moving forward with legislation to protect unborn babies completely from abortion if Roe is overturned. Still more are considering heartbeat bills to ban abortions after an unborn baby’s heartbeat is detectable, about six weeks. ← Prev: Planned Parenthood President: We Kill Babies Because “We Believe in Life. It’s Being Pro-Life” Next: Virginia Legislature Defeats ERA That Would Force Residents to Fund Abortions →