Trump, in Letter to Pro-Lifers, Pledges to Keep Fighting ‘in the Trenches for Unborn Children’ in 2nd Term 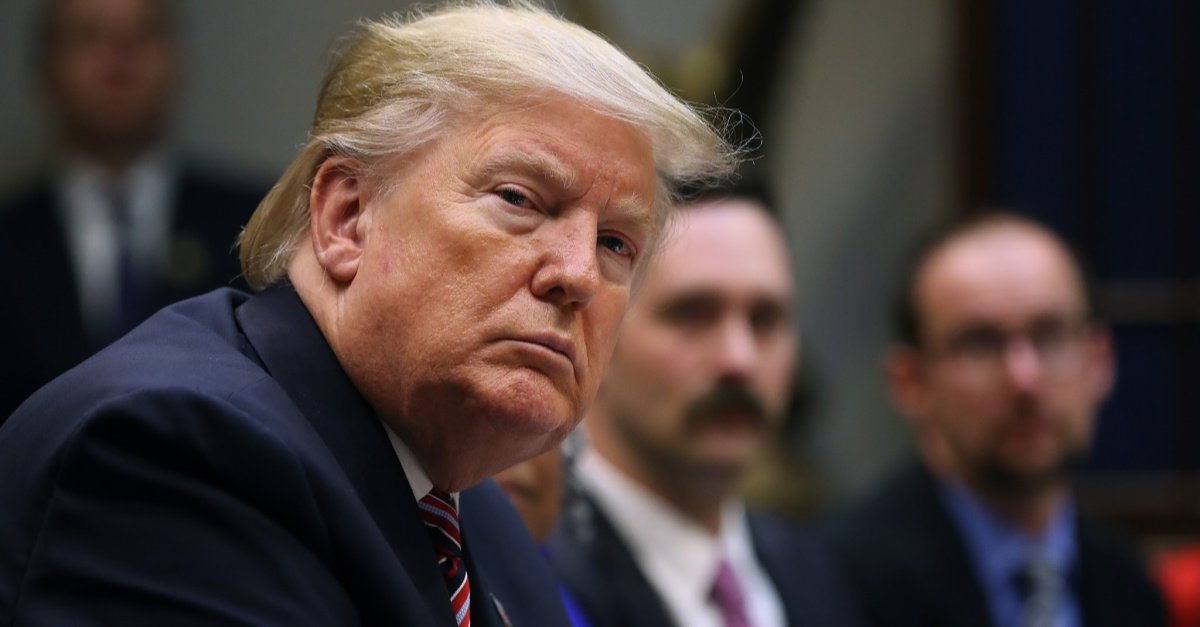 President Trump released a letter Thursday to the pro-life community, touting his accomplishments for the movement over the last four years and pledging to continue fighting “in the trenches for unborn children and their mothers” if reelected. The letter, released by the Trump campaign, also compares his record on the issue to that of Democratic nominee Joe Biden. The letter was written to “pro-life leaders and activists.” “As I seek re-election this November, I need your help in contrasting my bold pro-life leadership with Joe Biden’s abortion extremism,” Trump said. “The Democratic Party unequivocally supports abortion-on-demand, up until the moment of birth, and even infanticide – leaving babies to die after failed abortions. “Joe Biden’s embrace of this extreme position is most evidenced by his support for taxpayer funding of abortion-on-demand. Forcing taxpayers to pay for abortions is an abhorrent position that must be defeated at the ballot box. Joe Biden has doubled down on these positions with his selection of abortion extremist Kamala Harris as his running mate,” Trump said. “With your help, I will win re-election, ensuring we have another four years to fight in the trenches for unborn children and their mothers.” Trump says in the letter that his administration has transformed the judiciary, halted federal Title X funding to Planned Parenthood, fought “for the unborn around the globe,” and stood up for the “conscience rights” of groups and individuals who oppose abortion, among other things. During a second term, Trump said, he would continue the “transformation of the federal judiciary with judges who will “not legislate an abortion agenda from the bench,” push major pro-life legislation, and work to “fully defund the big abortion industry such as Planned Parenthood of our tax dollars.” “I urge every pro-life American to join this effort and do your […]

People are under the impression that a righteous person has a halo over their head, they walk on water, and never sin. That couldn’t be further from the Biblical Truth.

Simply put a righteous person is someone that believed by faith alone, in the gospel alone, in Christ alone. Immediatley God the Father imputes the Righteousness of His Son, Jesus Christ upon that person because their faith. Now, all God sees is Christ Righteousnes in that person.

God no longer sees that person’s sin, it is just as though they have never sinned (justification).

‘For He made Him who knew no sin to be sin for us, that we might become the righteousness of God in Him.’

‘even the righteousness of God, through faith in Jesus Christ, to all and on all who believe. For there is no difference; ‘

The Ungodly Democrats and Media “Triggered”

So anytime President Trump is mentioned doing godly or righteously the Democratic unsaved world gets triggered.

Believers shouldn’t expect anything less from the unsaved world. They are totally blinded from the truth anyway. But for those of us who are saved, indwelled with the Holy Spirit, we are prompted by the Holy Spirit to discern good from evil, good deeds from evil deeds.

Christians are commanded to abhor evil, have nothing to do with evil but instead to expose it. Isn’t that exactly what President Donald J. Trump has been doing not just in words but in bonifide “Actions”? Of Course. Any believer with an ounce of discernment should see that immediately.

Again, for believers, we are indwelled with the Holy Spirit and He will not lead us to evil but will prompt us to recognize it and expose evil.

There is no way possible for any blood-bought believer to recognize evil in any of President Trump’s words or actions. On the other hand, God the Spirit, the Holy Spirit, will most definitely prompt true Christians to see the wickedness and evil of the Democrat Party.

← Prev: Pro-Life Democrat Runs as Independent After Party Kicked Him Out for Opposing Abortion Next: 'There is NO Pandemic' Arizona Gov Doug Ducey, Hospitals and Media Lie to the Public About COVID-19 Death Count to Cause Fear →