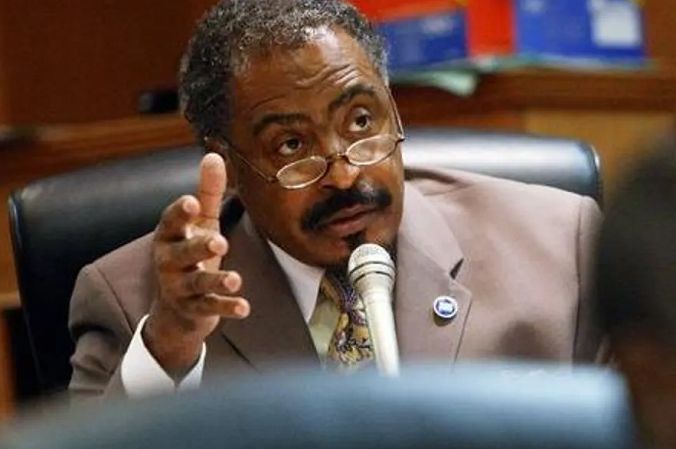 A long-time pro-life Tennessee Democrat is running for re-election as an independent this fall after the party kicked him out because he believes unborn babies deserve a right to life.

State Rep. John DeBerry, D-Memphis, has been serving in the Tennessee legislature since 1994. A pastor in the Church of Christ and a strong pro-life advocate, he told the Catholic News Agency that he will not stop working to protect unborn babies, even though his own party has turned against him.

According to the report, the Tennessee Democratic Party executive committee removed DeBerry’s name from the primary ballot in April because he is pro-life.

“They said I do not represent the values of the Democratic Party,” he told CNA.

He was one of just a few Democrats who voted for the Tennessee heartbeat law, which bans abortions once an unborn baby’s heartbeat is detectable. The law passed the state legislature in June, but a court already blocked it.

“My work in Nashville as a legislator is nothing more than an extension of my work as a child of God, as a Christian,” DeBerry said. “And I take to heart Ephesians chapter 6, ‘We wrestle not against flesh and blood.’ People are not the enemy, … [but] there are those who make laws that are blasphemous of God’s law.”

Recently, he joined more than 100 other Democrat leaders in urging the Democratic Party to stop being so extreme on abortion. The party platform supports abortions without restriction as well as taxpayer-funded abortions through Medicaid and other federal programs.

The open letter, led by Democrats for Life of America, called on the party “to recognize the inviolable human dignity of the child, before and after birth.”

“We urge you to reject a litmus test on pro-life people of faith seeking office in the Democratic Party,” they said.

Instead, party leaders appear to be doing the opposite. One of the last pro-life Democrats in the U.S. House, Dan Lipinski, recently lost his seat after a number of party leaders endorsed his primary opponent, a woman who supports abortions without restriction and wants to force taxpayers to fund them.

DeBerry said that the leadership in the Democratic Party is excluding pro-lifers to the party’s detriment.

“It’s a shame that they have handed all the moral, spiritual, social, and conservative issues on a silver platter over to the Republicans and said we don’t want to have nothing to do with them,” he told CNA.

“How are you enlarging the tent when you’re throwing people out when they don’t walk the chalk line? When they don’t do exactly as they’re told?” DeBerry told CNA. “And that’s where the Democrats are right now.”

“I think that the candidate at the top of the ticket who said if you don’t vote Democrat, then you’re not Black—I think that goes to the heart of the issue,” he said.

DeBerry was referring to a comment by Democrat presidential candidate Joe Biden, who said, “If you have a problem figuring out whether you’re for me or Trump, then you ain’t black.”

This racist talk is not exclusive to Biden. Planned Parenthood, which is closely linked to the Democratic Party, recently trashed a pro-life Democrat lawmaker in Texas with a racist slur. The abortion chain called state Sen. Eddie Lucio Jr., who is Hispanic, “Sucio Lucio,” which is equivalent to the racial slur “dirty Mexican.”

Many voters have been leaving the Democratic Party because of its extreme stance on abortion. Most Americans, religious or not, disagree with its platform, which supports unrestricted abortions and demands that taxpayers pay for them.

A 2019 poll by Marist University found a startling, double-digit shift in the number of Democrats who identify as pro-life. The poll came right after Democrat political leaders defended infanticide and abortions up to birth. ← Prev: Poll Shows Huge “Enthusiasm Gap” for Trump, People Just Don’t Want to Vote for Joe Biden Next: Trump, in Letter to Pro-Lifers, Pledges to Keep Fighting 'in the Trenches for Unborn Children' in 2nd Term →