This is the Biblical Definition of Romans One: Catholic Newspaper Claims Pro-Abortion AOC is “The Future of the Catholic Church” 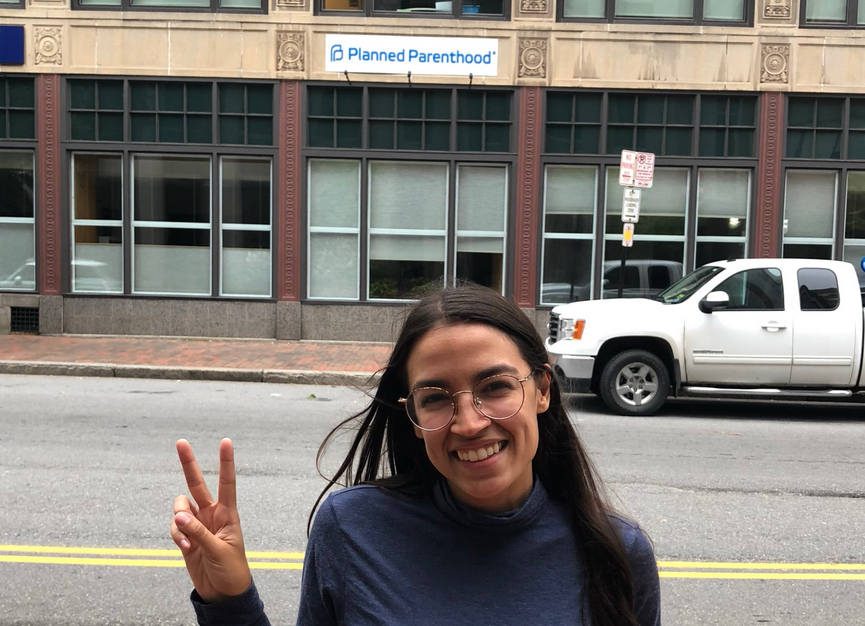 A newspaper that claims to be Catholic praised pro-abortion U.S. Rep. Alexandria Ocasio-Cortez this week, calling her “the future of the Catholic Church.” The New York representative is a radical pro-abortion politician who has no qualms about calling herself a socialist. Though she supports abortion on demand and wants to force taxpayers to pay for it, Heidi Schlumpf, the executive editor of the National Catholic Reporter, claimed Ocasio-Cortez is a model of integrity that should inspire the Catholic Church. Schlumpf highlighted Ocasio-Cortez’s speech last week in the U.S. House in response to allegations that another representative called her a sexist slur. U.S. Rep. Ted Yoho, a pro-life Republican from Florida, denied using the slur but did apologize if he said something that insulted her. “As I listened to her 10-minute address on the House floor, I was struck by how often it referenced Catholic values,” Schlumpf wrote. “Ocasio-Cortez repeatedly railed against the ‘dehumanizing’ of others and instead called for treating people with dignity and respect,” she continued. “These are themes often repeated by Pope Francis, who has specifically cautioned about gossip and urged the use of respectful language, saying ‘it is possible to kill someone with the tongue.’” Keep up with the latest pro-life news and information on Twitter. Praising the young congresswoman as a “rock star millennial,” Schlumpf said Ocasio-Cortez grew up Catholic and says her faith influences her views on politics. “… if there is to be a future for the Catholic Church in the United States — it must also resemble Ocasio-Cortez in her passion for justice and human dignity, and in her courage and integrity, even in the face of vulgar attacks,” the editor wrote. But Schlumpf did not bring up Ocasio-Cortez’s radical pro-abortion views, which contradict Catholic Church teachings about the sanctity of human […]