Survey: Most Americans Aren’t Comfortable Going Back to Religious Services 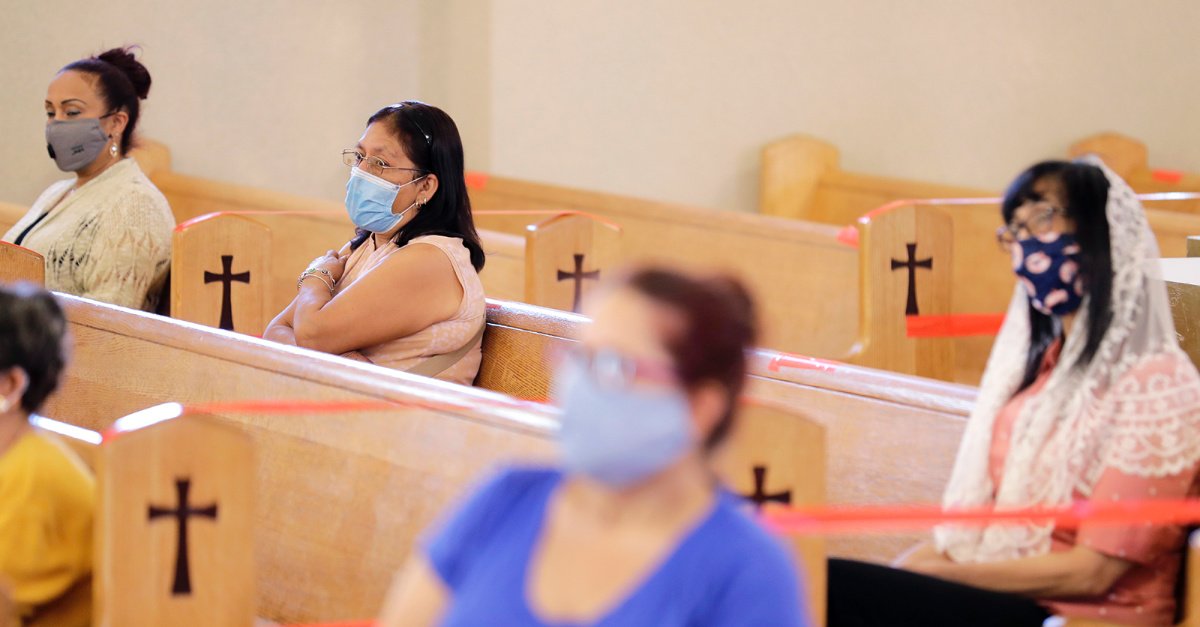 A new study examining Americans’ response to COVID-19 shows that with the exception of white evangelicals, a majority of Americans are not comfortable returning to in-person religious services. The results of the survey suggest that despite political pressure to reopen houses of worship — from President Donald Trump as well as leading conservative Christians and religious liberty advocates — Americans aren’t quite ready to take a seat in a sanctuary. The survey from the American Enterprise Institute showed that 64% of Americans said they were “somewhat uncomfortable” or “very uncomfortable” attending in-person worship. Even among those who reported their congregations offered in-person worship in the past week, 56% of respondents said they chose not to go. “We’re seeing among laypeople a significant amount of discomfort in going back to formal in-person religious practices,” said Daniel Cox, a research fellow at AEI who led the study. “People are equivocating and uncertain about whether they feel comfortable attending.” The study, conducted in late May and early June among 3,504 Americans, comes amid ongoing, politically charged campaigns to reopen. Last month, the president demanded that states allow places of worship to reopen “right away” and said he would override state governors who refused. On Tuesday (June 23), Trump was scheduled to address a group of young Republicans at a Phoenix megachurch, even as the Democratic mayor of Phoenix made clear she does not believe the speech can be safely held in her city. The president’s megachurch address follows Saturday night’s Tulsa rally, which had far lower than expected turnout. At the same time, stories of church outbreaks grow. Last week, a Pentecostal church in northeastern Oregon was linked to the state’s largest coronavirus outbreak to date — some 230 cases. The church held services in defiance of Oregon’s stay-at-home […]