Dems Block Sen. Scott’s Police Reform Bill, Republicans Blast the Left: ‘They Would Like Us to Fight a New Civil War’ 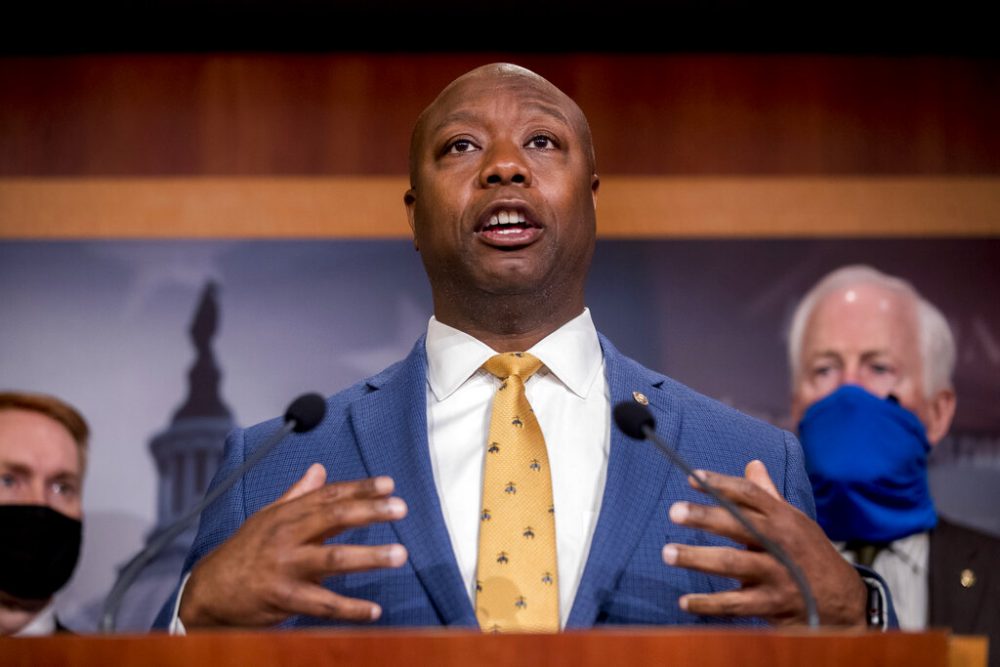 A Republican policing reform bill hit a roadblock Wednesday as Senate Democrats blocked it, leaving the parties to decide whether to negotiate a compromise or walk away despite public outcry over the killings of black Americans.

The vote was 55-45, failing to reach the 60-vote threshold needed to advance. Two Democrats, Alabama Sen. Doug Jones and West Virginia Sen. Joe Manchin, along with Sen. Angus King of Maine, an independent who caucuses with Democrats, voted with Republicans to open the debate. Ahead of the vote, Senate Democratic leader Chuck Schumer said, “My hope, my prayer, is that after this bill fails today… we can start on the path of bipartisanship.” The GOP’s Justice Act is seen by Republicans and Democrats as a starting point in the broader debate over how best to change policing practices as protests in cities large and small focus on law enforcement and racial injustice. It would create a national database of police use-of-force incidents, restrict police chokeholds, and set up new training procedures and commissions to study race and law enforcement. Sen. Tim Scott (R-SC) is going after Senate Democrats who blocked his bill that offers solutions for police reform in America. “If you don’t think we’re right, make it better, don’t walk away,” Scott, one of three black senators, told his Democrat colleagues on Wednesday. “I offered Democrats the chance to offer AT LEAST 20 amendments. They walked out. #JUSTICEAct,” he tweeted. The South Carolina senator said when it came down to it, it wasn’t about debates or amendments. “Don’t let anyone convince you this was about debates or amendments. It’s about politics, and a refusal to find a solution,” he tweeted. Rev. Johnnie Moore tweeted a critique of the blockade from Democrats, saying, “Inexcusable for @SenSchumer to play politics […]