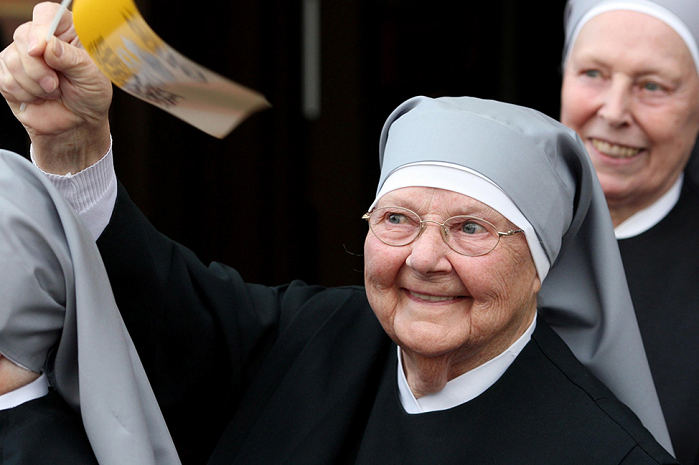 The Supreme Court issued a ruling today upholding a pro-life order from President Donald Trump that protected the Little Sisters of the Poor from being forced to pay for abortion-causing drugs under their health insurance plan.

Abortion advocates have spent years trying to force the Catholic nuns to fund the destruction of unborn babies in abortions. Justices voted 7-2 to uphold the pro-life order from the president with Chief Justice John Roberts joining the four conservatives on the court along with liberal Justices Stephen Breyer and Elizabeth Kagan.

Writing for the Court, Justice Clarence Thomas held that “For over 150 years, the Little Sisters have engaged in faithful service and sacrifice, motivated by a religious calling to surrender all for the sake of their brother. . . . But for the past seven years, they—like many other religious objectors who have participated in the litigation and rulemakings leading up to today’s decision— have had to fight for the ability to continue in their noble work without violating their sincerely held religious beliefs.”

The Court held that the federal government was right to protect those beliefs. “We are overjoyed that, once again, the Supreme Court has protected our right to serve the elderly without violating our faith,” said Mother Loraine Marie Maguire of the Little Sisters of the Poor. “Our life’s work and great joy is serving the elderly poor and we are so grateful that the contraceptive mandate will no longer steal our attention from our calling.” Justice Samuel Alito, writing in concurrence, said the government needs to do a better job of allowing objections from religious groups to the Obamacare abortion mandate, which sought to require the Little Sisters and other Christian groups and businesses to provide […]

← Prev: Christian Persecution: Christian Mother of Four in India was Persecuted before Her Death Next: Joe Biden Pledges to Make Abortion Great Again →