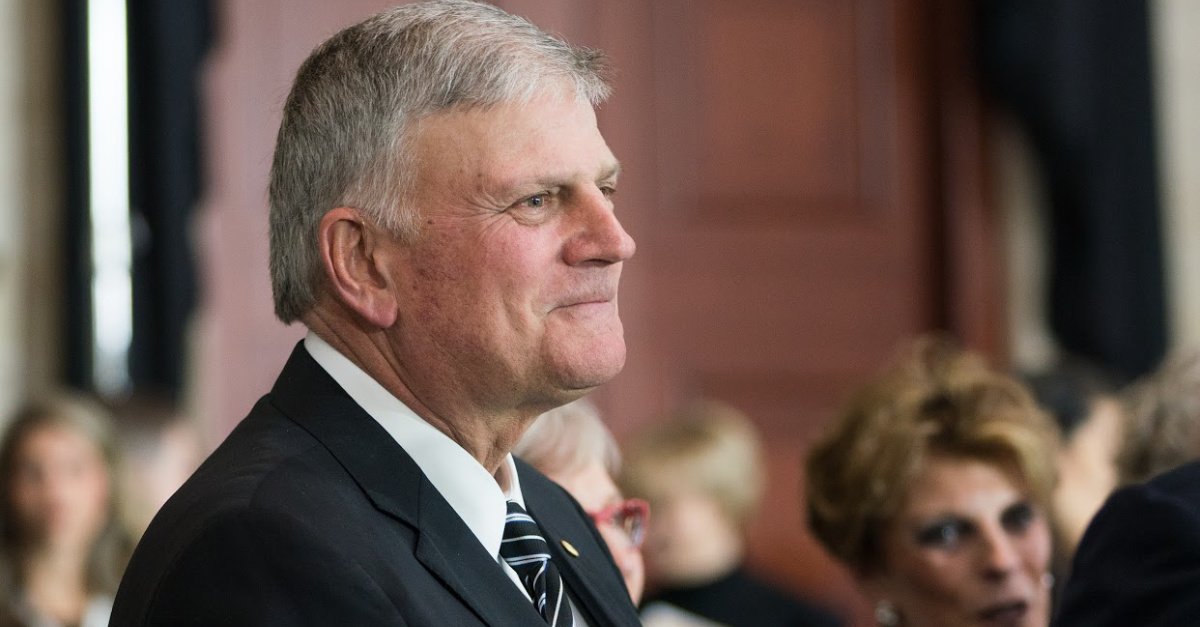 Evangelist Franklin Graham says the U.S. Supreme Court exceeded its authority and may have infringed on religious liberty with its decision Monday expanding the Civil Rights Act of 1964 to include sexual orientation and gender identity.

The high court, in a 6-3 decision, ruled employers cannot fire someone merely for being gay or transgender under federal law. In comments on social media, Graham said he’s concerned about how the decision will impact Christian ministries.

“As Justice Alito has pointed out, the majority went too far – he called it a ‘brazen abuse of our authority.’ The Supreme Court exists to interpret the law, not to make new laws – making laws is the job of our representatives in Congress, elected by the people,’ Graham wrote.

“I believe this decision erodes religious freedoms across this country. “People of sincere faith who stand on God’s Word as their foundation for life should never be forced by the government to compromise their religious beliefs. Christian organizations should never be forced to hire people who do not align with their biblical beliefs and should not be prevented from terminating a person whose lifestyle and beliefs undermine the ministry’s purpose and goals.” Justice Neil Gorsuch, writing for the majority, acknowledged the justices were “deeply concerned with preserving the promise of the free exercise of religion enshrined in our Constitution” and that other cases may arise with “free exercise arguments that merit careful consideration.” “But how these doctrines protecting religious liberty interact with Title VII are questions for future cases,” Gorsuch wrote. Religious liberty organizations are hopeful the court eventually will carve out religious exemptions. “As a Bible-believing follower of Jesus Christ, my rights should be protected,” Graham said. “Even if my sincerely held religious beliefs might be the minority, I still have a right to […]

← Prev: Inspirational News: Baby Saved From Abortion When Mom Changes Her Mind Halfway Through the Procedure Next: End Times Scenario: Russian Bombers Intercepted Off Alaska Coast for 2nd Time in a Week →