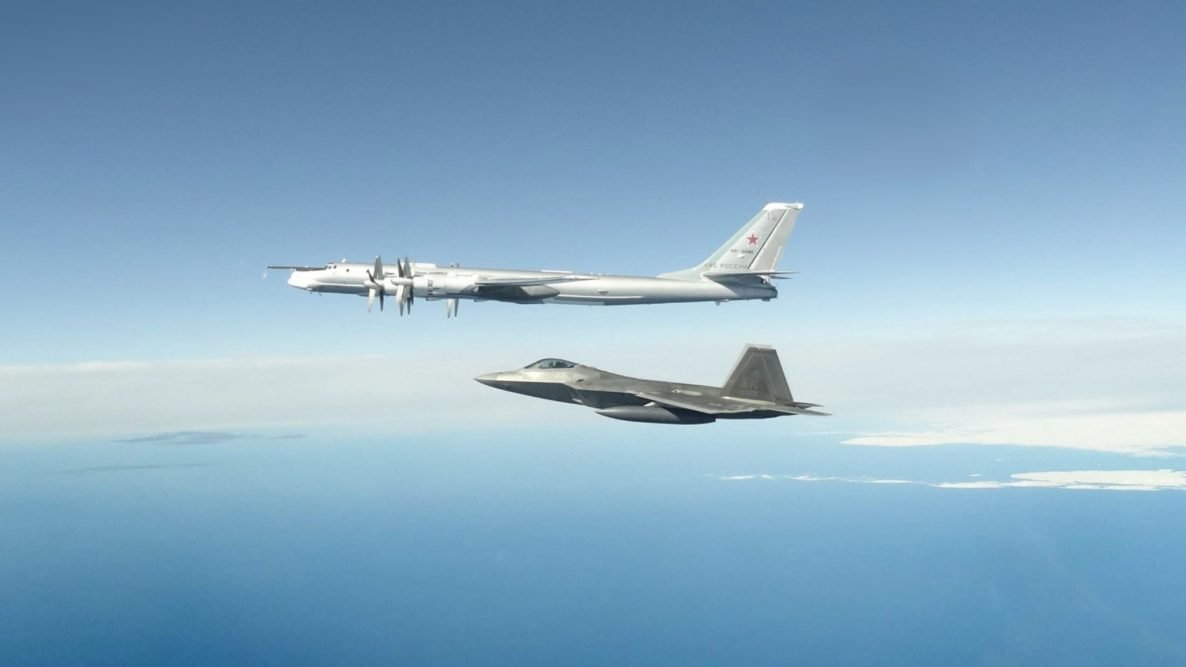 Four Russian “Bear” bombers were intercepted off the coast of Alaska for the second time in a week, NORAD said Wednesday.

The Russian bombers remained in international airspace but came within 40 miles of the coast of Alaska before they were intercepted by U.S. Air Force F-22 stealth fighter jets. “The Russian military aircraft came within 32 nautical miles [37 miles] of Alaskan shores,” NORAD said in a tweet.

“However, remained in international airspace and at no time did they enter United States sovereign airspace.” According to NORAD, they intercepted two formations of Russian aircraft. The first consisted of two Tu-95 bombers, accompanied by two Su-35 fighter jets, who were supported by an A-50 airborne early warning and control aircraft. The second formation included two Tu-95 bombers supported by an A-50 aircraft. Earlier Wednesday, the Russian defense ministry released a video that purportedly showed the bombers’ actions. The interception by the U.S. Air Force F-22 jets can also be seen.

June 17, 2020 “For the eighth time this year, Russian military aircraft have penetrated our Canadian or Alaskan Air Defense Identification Zones and each and every time NORAD forces were ready to meet this challenge,” Gen. Terrence J. O’Shaughnessy, the NORAD commander, said in a statement. “Despite the COVID-19 pandemic, NORAD constantly monitors the northern approaches to our nations and our operations make it clear that we will conduct homeland defense efforts 24 hours a day, 7 days a week, 365 days a year.” The […]