Bible Prophecy: Stamp and Seal Impression Found in Jerusalem Point to Restoration of City During Times of Ezra, Nehemiah 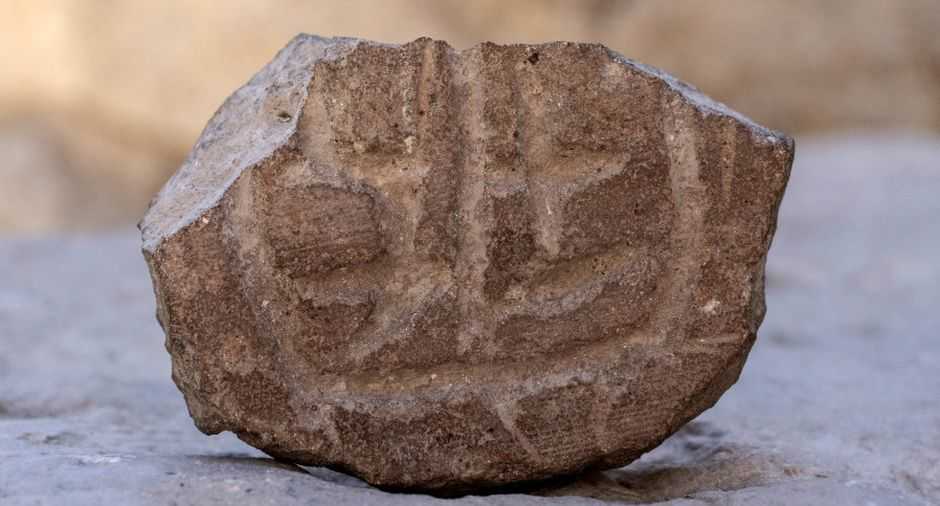 JERUSALEM — An excavation in Jerusalem Walls National Park that yielded a rare stamp and seal impression dating back to the Persian era is stated to provide evidence for the restoration of Jerusalem during the times of Ezra and Nehemiah, as chronicled in the Scriptures. “The finding of the stamp and seal impression in the City of David indicates that despite the city’s dire situation after the destruction, efforts were made to restore the administrative authorities to normal, and its residents continued to use the structures that were destroyed partly,” stated Prof. Yuval Gadot of the Department of Archaeology and Ancient Near Eastern Cultures at Tel Aviv University, and Dr. Yiftah Shalev, of the Israel Antiquities Authority. The Antiquities Authority recently announced the discovery, which was uncovered in the Givati parking lot area of the National Park next to rubble from a structure razed during the Babylonian destruction of Jerusalem. Gadot and Shalev state that it is rare to find artifacts from the Persian Period, and few of this type have been found in Israel. The impression was found on what is known as a bulla, a clay seal used by administrative authorities to sign documents and to keep them sealed until they reach their destination. They were also sometimes used as seals on storage jugs for food received as a tax. “The double seal impression was discovered on a large piece of clay. The size of the clay piece, about 4.5 cm, indicates that it was used to seal a large container — perhaps a jar — and not a document,” the Antiquities Authority outlines. “The imprint bears the image of a person sitting on a large chair with one or two columns in front of him. The design of the image is indicative of Babylonian-style composition. The […]

“Seventy weeks (of years, or 490 years) are determined (or already established in God’s program) upon thy people…”

Now it’s interesting that when Israel is in the good graces of God, He refers to them as what? My people. But when they’re out of His good Grace, He calls them, “your people” whether He was speaking to Moses or Daniel. Now you want to realize that at the time God is speaking to Daniel, Israel is in captivity in Babylon which means they are out of the place of blessing in Jerusalem. They have no temple, they have no priesthood – consequently what are they? They’re not God’s people, but rather they’re your people Daniel. Now when Christ returns and Israel once again becomes God’s covenant people, then God will say, “You will be My people, and I will be your God!” But at this writing He says to Daniel –

“Seventy weeks (of years, or 490 years) are determined upon thy people…”

It’s interesting, and I’ve made these points before, and I’m going to keep repeating them, that whenever God deals with Israel with regards to prophetic statements, almost without exceptions, because somebody may find an exception, but almost without exception, God puts that prophetic statement in a time frame. For example when He called Abraham out of Ur of the Chaldees what time frame did He give to Abram? 430 years! After that time Israel would become a nation, and come out of Egypt. There would be 430 years go by from the call of Abram until Moses would lead them out of Egypt. Then the next predetermined period of time was from the day Joshua took over the leadership of Israel until King Saul made the first king of Israel, was 490 years.

Then from the time King Saul was commissioned as king of Israel until Nebuchadnezzar came in from Babylon and put the Israelites under servitude was another 490 years. God always deals with Israel in specific time frames. In between you have the Babylonian captivity in which Daniel is writing, and long before it happened, what did God tell Israel? “You’re going to spend 70 years outside the land.” The purpose for this was to restore the sabbatical years. So again for 490 years Israel had forgotten the sabbatical year, they didn’t keep it. God had told them to let the land rest 1 out of 7 years. So divide 7 into 490 years, how long did Israel have to go into captivity in Babylon? 70 years.

And while they were in captivity God said, “the land of Israel will now get it’s rest that it should have had all along.” So you see everything that God does with Israel is in a prescribed time frame. Now when you go back to Daniel chapter 2 and Nebuchadnezzar’s dream concerning the Gentile empires that would be coming down the pike one right after the other. And if you remember he saw the head of God which would be his own Babylon Empire followed by the chest of silver which would be the Medes and Persians. Next he saw the Belly of brass, which represented the Greek Empire, and the legs of iron, the Roman Empire.

Now with these empires there is no definitive time frame. In other words God didn’t say, “Babylon you’re going to rule 400 years. Then I’m going to let the Medes and Persians rule for 300 years.” No God doesn’t do that, but rather all God is saying is, “one Gentile empire will be followed by another.” But when He makes prophetic statements concerning Israel it’s always in a time frame. Now I hope I’m making my point. Now this time frame here in Daniel is more interesting than the others because God, through the prophet Daniel, puts two breaks in this time frame. The first one after 49 years. Now it wasn’t a great lapse of time, it was just simply at the end of the 49 years of this prophecy, Israel dedicated the rebuilt temple put up by Ezra and Nehemiah and those that went back to Jerusalem with them from Babylon. That’s all it was, but it was a time break. Then you go on for another 434 years and again there’s another little time break, and that is at the crucifixion. Because remember Daniel’s prophecy says –

“Know therefore and understand, that from the going forth of the commandment to restore and to build Jerusalem unto the Messiah the Prince shall be seven weeks, and threescore and two weeks; the street shall be built again, and the wall, even in troublous time. 26. And after three score and two weeks shall Messiah be cut off…”

At the crucifixion, this is all delineated. This is prophecy. At the crucifixion that would conclude 483 years of the 490 years that God had declared on the nation of Israel. That 483 years took place from the decree to Ezra from Artaxerxes the king of the Medes and Persians to go back and rebuild the city walls until Palm Sunday which was just a few days before the crucifixion, and archeology has substantiated it. Now that’s how meticulous God is with His time frame with Israel. Now the whole prophecy on Israel was 490 years and after 483 of those years were complete we have a break which means there’s 7 years that still must take place. Now as we are looking at it 2000 years later we can see so clearly that after this 7 years takes place it will conclude with the return of Christ at His Second Coming, and the setting up of His kingdom here on the earth.

‘Thus says Cyrus king of Persia: All the kingdoms of the earth the Lord God of heaven has given me. And He has commanded me to build Him a house at Jerusalem which is in Judah. Who is among you of all His people? May his God be with him, and let him go up to Jerusalem which is in Judah, and build the house of the Lord God of Israel (He is God), which is in Jerusalem. And whoever is left in any place where he dwells, let the men of his place help him with silver and gold, with goods and livestock, besides the freewill offerings for the house of God which is in Jerusalem.’

← Prev: Hurrah! False Teacher Andy Stanley is Calling it Quits for the Remainder of 2020 Next: Congresswoman Slams Democrats for Voting for Infanticide: These Babies Deserve Protection →