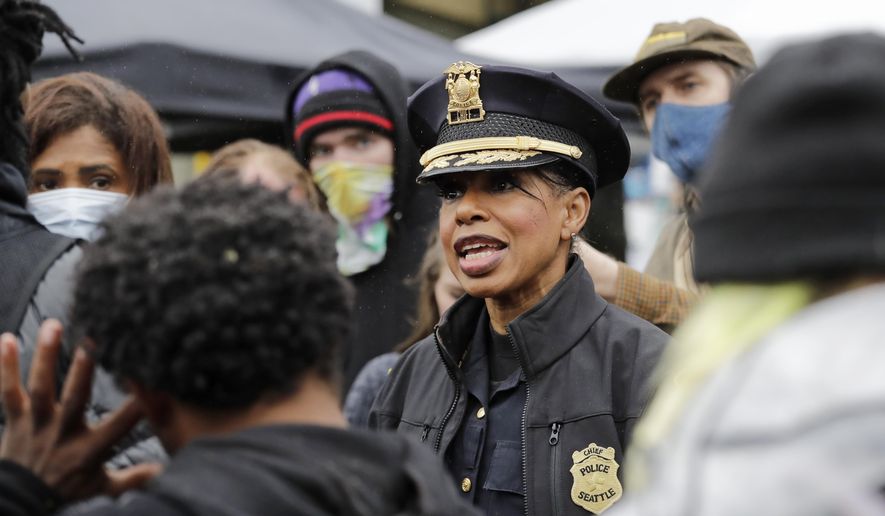 Black Lives Matter protesters have remained on the streets in downtown Seattle to maintain a presence, as they continue to chant outside the city hall and the boarded-up police precinct over the course of several days, making demands for reforms on city leaders. “Free Capital Hill,” the movement dominating a certain area of Seattle, published a list of demands Tuesday on behalf of “black voices” for the city to make. The demands are broken into four categories, relating to economics, education, health, and the justice system. The most notable demand is to abolish the Seattle Police Department, which has been echoed in other cities across America. The Minneapolis City Council recently voted to overhaul its police department after the death of George Floyd, a black man, who died in police custody at the hands of a white police officer who has been charged with second-degree murder. “The Seattle Police Department and attached court system are beyond reform.

We do not request reform, we demand abolition,” the group posted in a blog on medium.com. The group noted ICE should also be dismantled within the city. Likewise, youth jails must go, according to the protesters, and prisoners incarcerated for marijuana should be released. The activists also want more government oversight and investigations into other acts of violence by police. In terms of economics and education, they are demanding free college. Additionally, more black doctors and nurses should be hired by the city at health facilities to specifically help black patients, they demand. A full list of the demanded reforms can […]

Click here to view the original web page at www.washingtontimes.com