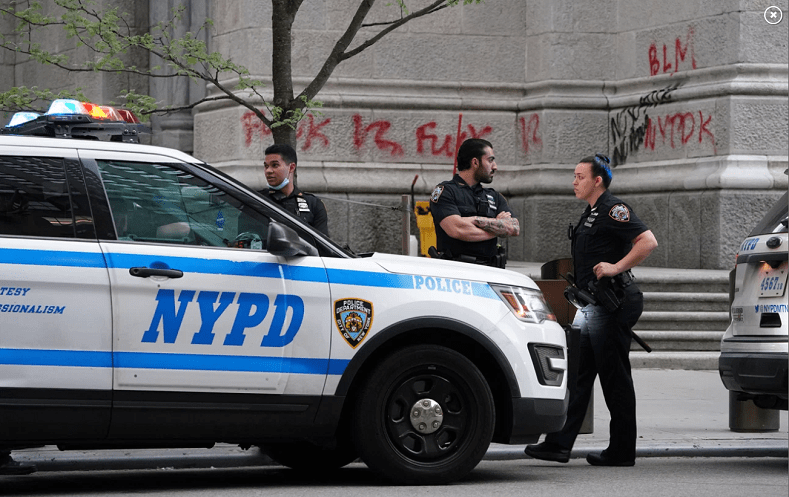 With red and black spray-paint, vandals covered the walls of the church with expletives and phrases including “No Justice No Peace” and “BLM,” the report states. The New York Police Department recently reported arresting one of the people allegedly involved in the vandalism, Yadir Avila Rosas, 26, of Queens. Police charged him “with criminal mischief in the third degree and making graffiti, alleging that he was the ‘getaway driver’ for two women who tagged the famous house of worship with spray-painted slogans on May 30,” according to the New York Post . HELP LIFENEWS SAVE BABIES FROM ABORTION! Please help LifeNews.com with a donation ! On Saturday, however, the New York District Attorney’s Office decided not to prosecute Rosas, the report states. Police said they are still looking for the two female suspects, but some are questioning if there will be any justice in the matter. The protests began after a black man named George Floyd was killed when police kneeled on his neck while he pleaded that he could not breathe. Floyd’s family has condemned the violence and urged people to engage in peaceful protests. On the same day as the vandalism, in the midst of violent riots and looting in New York City, police arrested two black women who were peacefully counseling women outside a Planned Parenthood abortion facility . They allegedly were violating city social distancing guidelines because of the coronavirus.

Everything about Democrat left is a race to the bottom! Democratic candidates race to see who can be the most wicked. To see how fast they can destroy the family unit, Churches, and the unborn babies across America. That’s what left Dems mean by fundamentally changing America, they mean to burn it to the ground.