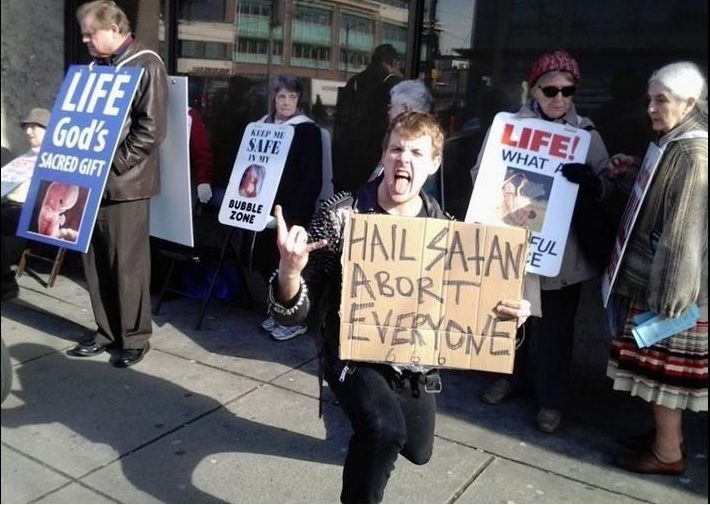 ‘The devil, who deceived them, was cast into the lake of fire and brimstone where the beast and the false prophet are. And they will be tormented day and night forever and ever.’

The Satanic Temple continued its aggressive attack this week on a Missouri abortion law that provides scientific facts about human development to women considering abortions. Claiming the law violates their members’ religious beliefs, the Satanic group filed an appeal to the Eighth Circuit Court of Appeals asking that their lawsuit be reinstated, the AP reports. The Missouri informed consent law requires women to wait 72 hours before going through with an abortion. It requires abortionists to provide women with a booklet of information that states that human life begins at conception, and it mandates that women be offered the chance to see their unborn baby’s image on ultrasound and hear the baby’s heartbeat. A federal judge dismissed the lawsuit earlier this year, but Satanic Temple member “Judy Doe” filed an appeal that her group announced Wednesday, according […]