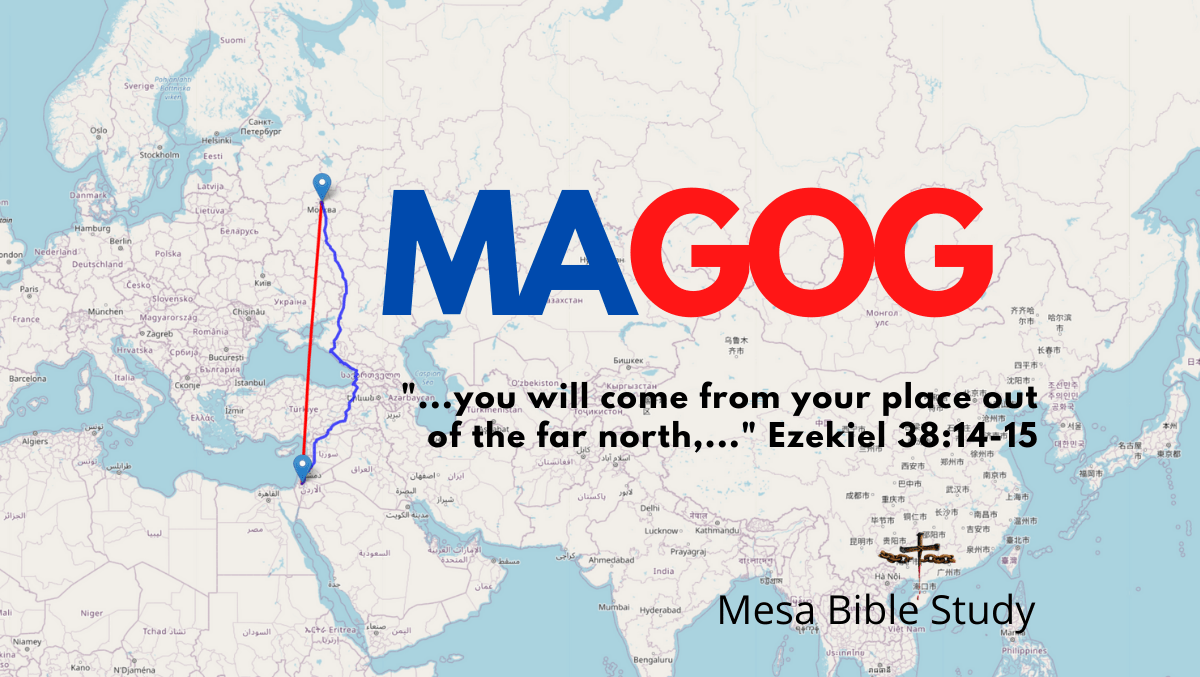 Most of America and the world have shifted their focus on China. Rightly so, because they have been so overtly aggressive militarily, geopolitically, and of course it because of China we have the coronavirus . Scripture clearly teaches that shortly after Israel signs a treaty that ensures their safety they will be attacked by Russia but they will not be alone in this invasion. Read on. According to I 24 News, Russia has taken over the Golan Heights in Syria to Israel’s “North”. North being the operative word here. It’s interesting to note that the makeup of this Russian force is a mixture of Muslim and Russian soldiers. Dubbed the “Huran Army” the Biblical name of the region this Russian army is led by multiple Muslim officers. As Ezekiel 38:4 , 6 , clearly delineates Russia’s Muslim allies. Ezekiel 38:14 refers to an attack on Israel by a people from the North parts and Moscow is due North of Jerusalem. ‘“Therefore, son of man, prophesy and say to Gog, ‘Thus says the Lord God : “On that day when My people Israel dwell safely , will you not know it? Then you will come from your place out of the far north , you and many peoples with you, all of them riding on horses, a great company and a mighty army. ‘ Magog will attack Israel The Red army won’t be invading Israel alone. Ezekiel 38:4-6 4 , is clear that many countries of the middle east will […]