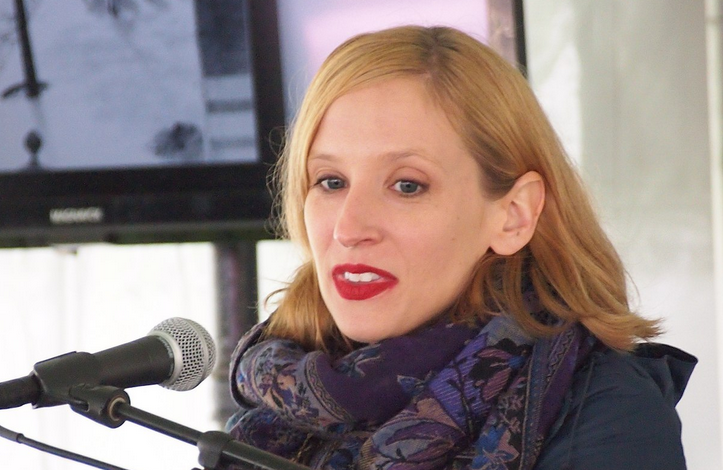 Far too many Americans do not realize the violent, gruesome reality of abortion. Unique living human beings with their own DNA and beating hearts are killed by being dismembered, suctioned, poisoned or expelled prematurely from their mothers’ wombs by the hundreds of thousands each year. It’s a cruel reality that abortion activists try to either avoid or disguise, and they did so again after pro-life leader Abby Johnson described in graphic detail last week how she saw an unborn baby being aborted at Planned Parenthood when she worked there. “Nothing prepared me for what I saw on the screen. An unborn baby fighting back, desperate to move away from the suction,” Johnson told the Republican National Convention. “The last thing I saw was a spine twirling around in the mother’s womb before succumbing to the force of the suction.” The Federalist reports Monica Hesse, a gender columnist for the Washington Post, responded to Johnson by trying to claim abortions are no big deal. “Johnson had to describe abortion as a horror show because the alternative would have been too banal to achieve the effect she desired,” Hesse wrote, later adding, “[A]s a reporter covering women’s health care, I’ve witnessed at least 20.” SUPPORT LIFENEWS! If you like this pro-life article, please help LifeNews.com with a donation ! Hesse acknowledged that Johnson’s description about abortion staff putting together the pieces of aborted babies afterward to make sure the abortion was complete is true. “But it’s not some ghoulish jigsaw puzzle done on a lark,” Hesse wrote. “It’s because an incomplete abortion could be dangerous to a patient’s health, and abortion doctors care about women’s lives.” Then, she claimed Johnson’s advocacy for unborn babies is really just about “polic[ing] other people’s lives and call[ing] it freedom.” What Hesse and so many […]

Abortion is Evil…Expose as Such

‘But he who sins against me wrongs his own soul; All those who hate Me love death.”’

← Prev: Russia ‘Magog’ is Paving the Way for a Northern Invasion by Taking Over the Golan Heights Next: Pro-Abortion Joe Biden Under Fire for Quoting Pro-Life Pope John Paul II →