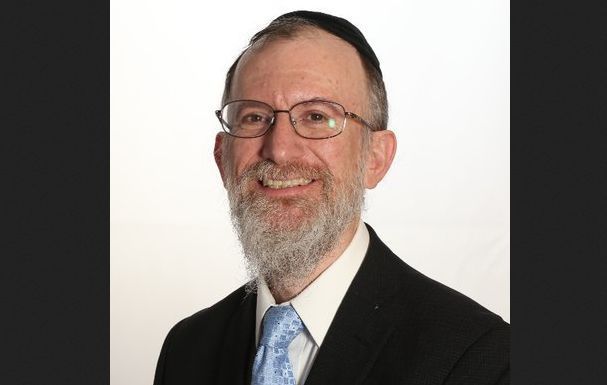 Judaism teaches that every human life is valuable, born and unborn, Rabbi Yaakov Menken wrote earlier this month at Newsweek in response to claims that abortions are a “Jewish value.”

Menken, the managing director of the Coalition for Jewish Values, said he wants to expose false claims about abortion made in a National Council of Jewish Women publication.

He said many see value in the moral teachings of the Bible even when they do not follow most of them, and these people tend to “reconstruct” biblical instructions to fit their behavioral preferences.

“The ‘Abortion and Jewish Values Toolkit’ from the National Council of Jewish Women (NCJW) is a case study in this phenomenon,” the rabbi wrote. “The ‘Toolkit’ begins with the claim that ‘Judaism permits abortion. Full stop.’ Few things have been said about Judaism by its purported adherents that are more clearly untrue.”

The truth is that Judaism is “unambiguously” and “emphatically” pro-life, the rabbi said.

From ancient to modern times, Jewish legal authorities have taught that abortions are a form of murder, he continued. Jewish scriptures and teachings also emphasize the value of the unborn child.

For example, Menken said Jews are required by law to save an unborn baby whose life is at risk, even if it requires work on the Sabbath.

“As lifesaving activity is the only situation in which a Sabbath violation is permitted; were a fetus not deemed alive by the Torah, this behavior would be entirely prohibited,” he said.

The Jewish Bible’s position on life is unambiguous—and unambiguously “pro-life.” It is … the source for the value placed on human life in civilized Western society. The Torah identifies human life as a soul placed (breathed) within a body by G-d Himself. Rebecca is told not only that she is carrying twins, but that they have distinct natures and characters that explain their behaviors in utero. Jeremiah is told explicitly that “Before I placed you in the womb I knew you, before you left the uterus I sanctified you, I appointed you a prophet to the nations” [Jer. 1:5; emphasis, of course, added].

Abortions to save the mother’s life are extremely rare, and, as Menken emphasized, the teaching makes it very clear that “a fetal life is indeed a life” and an abortion even when necessary to save a life is a tragedy, not a “choice.”

He said he is thankful that America’s founders believed in the moral teachings that emphasize “the inestimable value of every human life.” ← Prev: MSNBC Says President Trump is an “Idiot” So America Should Hand the Election to Biden Next: Apostate's Bill Johnson and Others Mimic Wizard Gandalf From ‘Lord of the Rings’ in ‘Apostolic Decree’ to ‘End Racism’ in Bizarre Video →

'Only let your conduct be worthy of the gospel of Christ, so that whether I come and see you or am absent, I may hear of your affairs, that you stand fast in one spirit, with one mind striving together for the faith of the gospel, and not in any way terrified by your...

Transgender is a lie from the pit of hell There is no such thing as Transgender it's called "Gender Dysphoria". Human sexuality is the perfect design by God and binary with the purpose being to multiply the earth (Genesis 1:27; Genesis 9:1). This principle is...

‘The Lord Ain’t Ready for Me’: Oldest Living American Cites Faith When Asked About Longevity

'Rejoice in the Lord always. Again I will say, rejoice!' Philippians 4:4 CHARLOTTE, N.C. — Hester Ford, the oldest living American, is not ashamed to cite her faith when speaking to others about her long life. She believes that she is still here because it is...