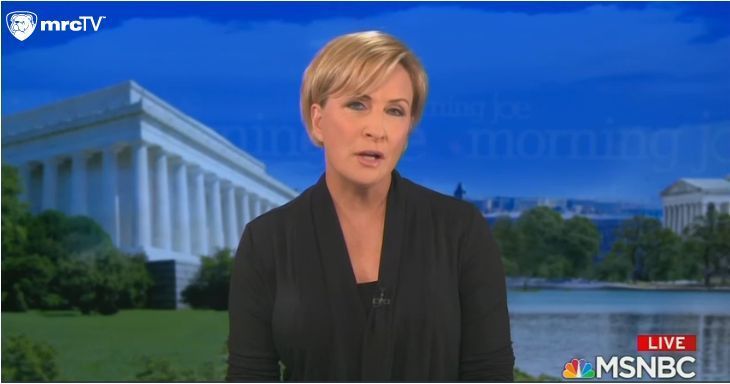 The hackery of the Democratic Party shills in the media seems to reach new depths every day, with MSNBC serving as a constant example of this unashamed lying on behalf of a left-wing narrative. The latest instance being a Friday morning segment of Morning Joe, when the show’s leftist panel exploited the coronavirus pandemic to declare that it was time to “just hand Joe Biden the presidency.” Why even bother to have an election?

Willie, remember, it was the most devious kind of voter suppression that got Governor Kemp elected in the first place. So we shouldn’t be surprised that he is trying to politicize this pandemic now even when his neighboring governor,  Kay Ivey of Alabama has issued a mandatory mask order. When your policies are so regressive that they make Alabama look progressive, then you got a problem. Also in April he tried to make a statement with the president by opening up Georgia before any other state had opened. And in return he got thrown under the bus by the president who disagreed with him. So here he is again doing the same thing, not learning his lesson and leading with his chin. But unfortunately the good people of Georgia are gonna have to suffer as a result.

The media have loved the voter suppression narrative ever since their darling Stacey Abrams lost to Kemp in 2018, despite the fact that it isn’t true. Abrams lost by over 50,000 votes, not exactly a tight race stolen by that evil Republican, like the media like to claim.

But as viewers of the show already know, far-left co-host Mika Brzezinski could not keep herself from going a step further, falsely suggesting Kemp was against masks altogether and that we should hand Joe Biden and Atlanta Mayor Keisha Lance Bottoms the presidency and vice presidency:

I just — the stupidity is boundless here. It is truly boundless. I mean, masks have been determined to keep people safe. It is a legitimate and credible mitigation technique. Since Trump himself has botched this so much, this governor now is, I don’t know, desperately trying to get some attention from Donald Trump, suing Keisha Bottoms. I mean, why don’t we just hand Joe Biden the presidency and Keisha Bottoms the vice presidency because what they’re doing is highlighting that she is trying to save lives while these — what’s the word? These idiots.

This ignores the fact that Governor Kemp has been steadfastly urging all citizens to wear masks, he just views legal mandates as an overreach of government power. Also, suggesting that we hand the presidency and the vice presidency over to Democrats solely on that basis demonstrates how desperate MSNBC is to steal the 2020 election.

If you let businesses decide if they want to require masks or not, it’s playing politics. If you throw people in nursing homes to die, like Andrew Cuomo, it’s smart policy. Got it, media.

Realtors decided to sponsor this hackery by the media.

LifeNews.com Note: Adam Burnett is the director of media analysis for the Media Research Center, a media watchdog group. He was a White House correspondent for World magazine in 2001 and 2002. This originally appeared on the NewsBusters web site.