QAnon: The Alternative Religion That’s Coming to Your Church ‘Mixing anything with the Word of God is Spiritual Adultery’ (Read Biblical Commentary) 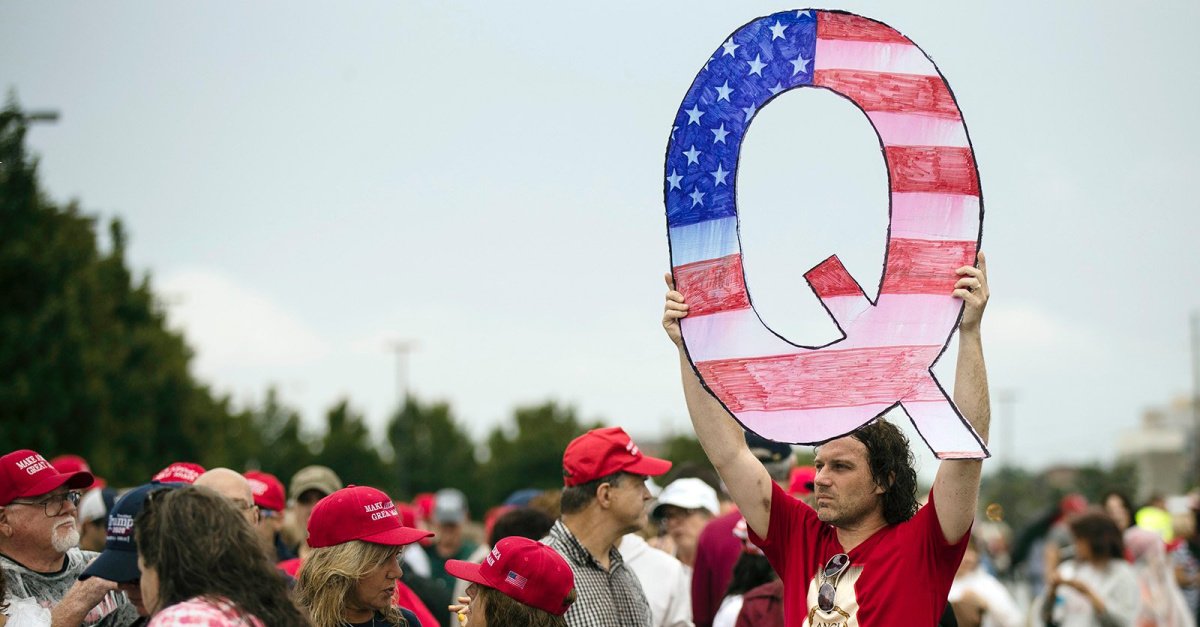 QAnon is more than a political ideology. It’s a spiritual worldview that co-opts many Christian-sounding ideas to promote verifiably false claims about actual human beings.

It’s a rough time to be a pastor. An election year, national racial unrest, and a global pandemic each challenged the usual methods of ministry. Taken together, many church leaders are facing the traditional post-vacation ingathering season with a serious case of burnout. But there’s another challenge that pastors I spoke with say are on the rise in their flocks. It is taking on the power of a new religion that’s dividing churches and hurting Christian witness. Mark Fugitt, the senior pastor of Round Grove Baptist Church in Miller, Missouri, recently sat down to count the conspiracy theories that people in his church are sharing on Facebook. The list was long. It included claims that 5G radio waves are used for mind control; that George Floyd’s murder is a hoax; that Bill Gates is related to the devil; that masks can kill you; that the germ theory isn’t real; and that there might be something to Pizzagate after all.

“You don’t just see it once,” said Fugitt. “If there’s ever anything posted, you’ll see it five to 10 times. It’s escalating for sure.” Conspiracy theories — grand narratives that seek to prove that powerful actors are secretly controlling events and institutions for evil purposes — are nothing new in the U.S. But since 2017, a sort of ur-conspiracy theory, QAnon, has coalesced in online forums and created millions of believers. “To look at QAnon is to see not just a conspiracy theory but the birth of a new religion,” wrote Adrienne LaFrance in The Atlantic in June. Named after “Q,” who posts anonymously on the online bulletin board 4chan, QAnon alleges that President Donald Trump and military officials are working to expose a “deep state” pedophile ring with links to Hollywood, the media and the Democratic Party. Since […]

Mixing anything with Christ is spiritual adultery (Isaiah 57:8)

When Christians and even worsts Pastors place any spiritual affirmation to anything but Scripture they are adulterating the word of God. Which is exactly what many in Christendom are doing with QAnon.

QAnon has zero to do with the finished work of the cross and nothing at all to do God’s word. Using Q in any way to substantiate one’s faith is like taking Christ off the cross and placing QAnon on the cross. And that can never happen.

Christians should approach Q like they would anything else offered by this fallen world, that is ruled by the god of this world, Satan. QAnon is a product of man’s ideas sprinkled with Bible verses only to deceive the body of Christ.

Believers are warned not to fall for man’s philosophy and empty deceit (which QAnon is). Paul’s warning to believers in the letter to the Colossians is clear and must be applied to QAnon.

Believers are to trust in Christ and Christ alone. Why? Read on.

‘For in Him dwells all the fullness of the Godhead bodily; and you are complete in Him, who is the head of all principality and power.’

Wow, just wow! We have it all in Christ, all we need is Christ.

QAnon has nothing to do with the finished work of the cross. Christians that use Q for spiritual affirmation are committing adultery. Anathema!

‘Also behind the doors and their posts You have set up your remembrance; For you have uncovered yourself to those other than Me, And have gone up to them; You have enlarged your bed And made a covenant with them; You have loved their bed, Where you saw their nudity.’