For the first time, an upcoming Hallmark Channel movie will feature a same-sex wedding

The new film, Wedding Every Weekend, debuts Aug. 15 on the Hallmark Channel and follows a couple, Nate and Brooke, who agree to tag together as “wedding buddies” to four weddings in order to avoid the singles tables and set-ups.

Eventually, though, Nate and Brooke fall in love. Although other plot details aren’t known, one of the weddings attended by Nate and Brooke involves a same-sex wedding with a lesbian couple. The trailer shows the two smiling women holding hands and facing the crowd, celebrating the day. The LGBT-inclusive plot is in line with comments made this summer by George Zaralidis, the vice president of network program publicity at Hallmark’s parent company, Crown Media Family Networks. Zaralidis told NBC News that “diversity and inclusion is a top priority for us and we look forward to making some exciting programming announcements in the coming months, including announcements about projects featuring LGBTQ storylines, characters, and actors.” “We are committed to creating a Hallmark experience where everyone feels welcome,” Zaralidis said. NBC News also reported on the new LGBT-inclusive film.

One Million Moms, an organization of Christian moms and social conservatives, said in a statement it is boycotting the Hallmark Channel.

“The once conservative network has recently caved to LGBTQ pressure and has done a one-eighty from the wholesome content the channel once aired, and the network is now catering to the Left,” One Million Moms said in a statement. “So many people feel betrayed by Hallmark over these past seven months. “Hallmark Channel was one of the remaining channels that families could watch without being bombarded by politically correct commercials and the LGBTQ agenda,” the organization added. More than 60,000 people have signed One […] 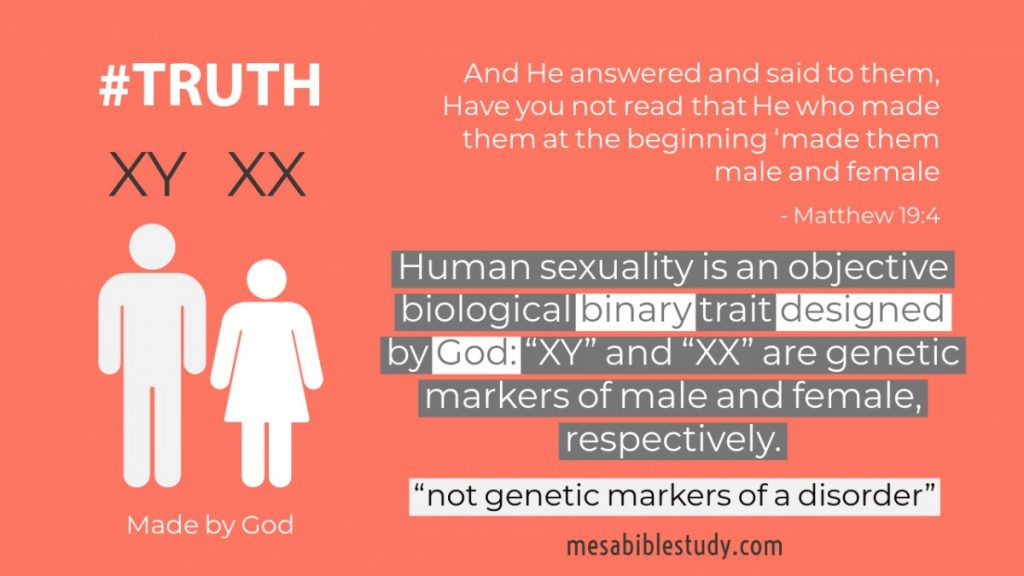 This is vile, unnatural sexual behavior between the same sex, an abomination in the eyes of the Lord. And why is this happening? Why has this unnatural immoral activity taken over every aspect of society? The crystal clear answer is found in Romans 1. Read on.

“Who changed the truth of God into a lie,…”

“Who changed the truth of God into a lie, and worshipped and served the creature more than the Creator, who is blessed forever. Amen. For this cause God gave them up unto (a lower yet level of lifestyle, and now what is it?) vile affections:…”

We don’t like this language. I don’t, but The Book says it, and we have to teach it. So as a result of their original behavior of rejection, God now gives them up to something even worse. Now they go into vile affections.

“…for even their women did change the natural use into that which is against nature:”

Remember that Satan started with the women in the Garden of Eden. Now this is not a put down to our women, not at all. It’s just a fact of human history that Satan started with the women. And you watch through Israel’s history. In fact, let’s turn to the Book of Jeremiah Chapter 44. Most of the time I never intend to do this, but as the Holy Spirit leads let’s follow. I don’t want someone to say, “Well, where do you get this or that?” I get it from The Book or I wouldn’t speak it. Now in this portion of Scripture, God is talking about Israel here, His Covenant people. They had the Temple right in their midst, they had the priesthood, they had a part of the Old Testament. And look what they’re doing.

“Then all the men which knew that their wives had burned incense unto other gods (who was burning the incense? The women were!), and all the women that stood by, a great multitude, even all the people that dwelt in the land of Egypt in Pathros, answered Jeremiah, saying, `As for the word that thou hast spoken unto us in the name of the LORD, we will not hearken unto thee.'”

See their attitude? The Jews didn’t like what Jeremiah had to say, in fact, they threw him into prison, and that’s where the Babylonians found him. This is why he’s called the weeping prophet. He could see what Israel was heading into. They are going deeper into the same kind of sins that we are going to see in Romans chapter 1.

“But we will certainly do whatsoever thing goeth forth out of our own mouth, to burn incense unto the queen of heaven, and to pour out drink offerings unto her,”

Scripture is crystal clear on the subject of homosexual behavior, same-sex marriage, and all sexual immorality.

God is also clear on marriage. Marriage is between one man and one woman. Hard to twist Genesis 2:23 & 24, right? There’s nothing in these two verses about a man marrying a man or women be joined with a woman is there?

“Amoral” – lacking a moral sense; unconcerned with the rightness or wrongness of something.

The Bible is crystal clear on the subject of homosexuality.

Leviticus 18:22 You shall not lie with a male as with a woman; it is an abomination.

Romans 1:27 And the men likewise gave up natural relations with women and were consumed with passion for one another, men committing shameless acts with men and receiving in themselves the due penalty for their error.

← Prev: Trump Touts School Choice for Parents: ‘Why Are We Paying the School’ if it’s Closed? Next: QAnon: The Alternative Religion That's Coming to Your Church 'Mixing anything with the Word of God is Spiritual Adultery' (Read Biblical Commentary) →