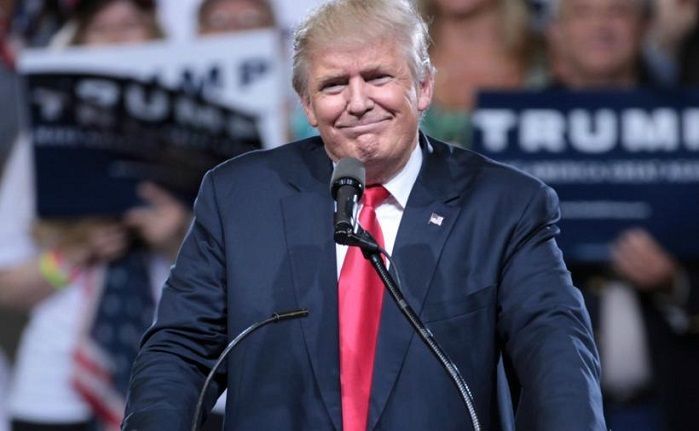 If you are a supporter of pro-abortion former Vice President Joe Biden, you are perpetually walking on eggshells. You never, ever know what he will say next.

Every couple of days we do a countdown post: where we are (in this case) 89 days until the November 3 General Elections. Four thoughts.

#1. Never, ever get caught up in the “Joe’s measuring the White House for curtains” meme. He has not debated pro-life President Donald Trump and there are 88 more days for him to say something puzzling, hugely off-putting, or painfully stupid.

#2. Polls come, and polls go…and then another one comes along. The Hill today tells us []

If the 2020 Presidential election were held today, 43 percent of voters would vote for former Vice President Joe Biden while 40 percent would chose President Trump, a new Hill-HarrisX poll finds.

The survey found Trump made gains among voters in two key demographics.

Support among Midwestern voters rose from 38 percent two weeks ago to 42 percent in this most recent poll. Support for Biden among the same group fell from 45 percent to 39 percent.

The president also edges out Biden among independents in the latest poll, with 35 percent support, a 4 percentage point increase from last survey.

By contrast, 33 percent of independents prefer Joe Biden as their candidate for president.

Another recent poll of Likely Voters conducted by Emerson had Biden up by 4 points (50% to 46%).

#3. In one of the few articles you’ll read with something genuinely new to tell us, POLITICO (a hotbed of Democrats) writes

The Republican and Democratic parties — from the presidential candidates on down — are taking polar opposite approaches to door-to-door canvassing this fall. The competing bets on the value of face-to-face campaigning during a pandemic has no modern precedent, making it a potential wild card in November, especially in close races.

Biden and the Democratic National Committee aren’t sending volunteers or staffers to talk with voters at home, and don’t anticipate doing anything more than dropping off literature unless the crisis abates. The campaign and the Democratic National Committee think they can compensate for the lack of in-person canvassing with phone calls, texts, new forms of digital organizing, and virtual meet-ups with voters.

“At first I was nervous, but our response rates on phone calls and texts are much higher and people are not necessarily wanting someone to go up to their door right now,” said Jenn Ridder, Biden’s national states director. “You get to throw a lot of the rule book out the window and try out new things.”

The headline? “Trump’s campaign knocks on a million doors a week. Biden’s knocks on zero.” To state what you would think is obvious, this is a huge gamble for the Biden campaign.

They offer all kind of excuses why this makes sense (see the one above), none of which are particularly persuasive. Hot Air’s Ed Morrissey may have the best explanation:

The DNC [Democratic National Committee] simply doesn’t have the resources to compete, and Biden’s general-election campaign barely had any money before the summer. They don’t have the resources either, nor apparently the urgency needed to raise them. Their centralized national-messaging strategy is a cheesier, 30,000-foot approach to GOTV that might pay off if people resent porch visits in the age of COVID-19.

Talk about irony. Who is the Trump campaign mimicking? Morrissey again [underlining mine]:

The RNC [Republican National Committee] has been building a candidate-independent GOTV arm originally called the Republican Leadership Initiative (now called the Trump Victory Leadership Initiative), based on the model used by Barack Obama in 2008 and 2012. The RNC has heavily invested in that infrastructure, helped by its massive fundraising edge over the DNC the last several years, and this is precisely the task for which it was designed — having local supporters stoke enthusiasm in their own communities with personal connections.

And there have been stories going back to January about Democrats “freaking out” over Trump’s “massive digital operation.” That could easily prove to be his ace in the hole.

#4. The real unknown for 2020—besides turnout and how in the heck votes will be tabulated—is to what extent each candidate makes inroads into the other candidate’s base. Biden is making gestures to the wider faith community that many media outlets tell us could cause President Trump to lose voters, in either the White Evangelical community and/or the Catholic community.

Perhaps, but I seriously doubt it. His constituency—not to mention various platform planks the party will adopt—will send the message Joe Biden is not your friend.

And while I can’t prove it (although there is anecdotal and harder data as well), I strongly suspect President Trump will do far better in the Latino community than we are told he will– and marginally better in the Black community.

Like everything else, numbers move around. At the end of May, for example, Trump’s approval rating among Hispanic-Americans stood at 44 percent, according to a Hill/HarrisX poll. “That’s a notable jump over the 28 percent of Latinos who voted for him in the 2016 presidential contest,” Mary Kay Linge reports.

An NPR/PBS/Marist poll conducted between June 22-24 found that 59% of Hispanic voters said they would vote for Biden, while 39% said they’d vote for Trump. Other polls are more favorable for Biden.

Stay tuned. And be sure not to be snookered by the Trump-hating major media.

← Prev: President Trump: Joe Biden and Democrats are “Against the Bible” Because They Support Abortion Next: CNN Calls Joe Biden “Very Moderate,” But He Supports Abortions Up to Birth →