Premature Baby Girls Born at 22 Weeks are the 2nd Youngest Ever to Survive. Look at Them Now 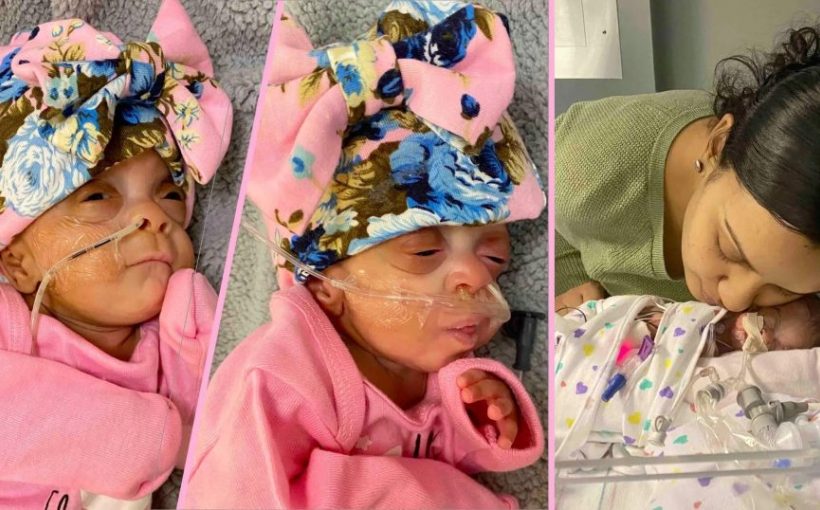 North Carolina twins Makenzie and Makayla were due to be born April 9.

But the little girls surprised and frightened their parents with an extremely early arrival on Dec. 8, 2019. Born at just 22 weeks of pregnancy, the girls initially were not expected to survive, according to The Christian Institute.

But the tiny baby girls overcame numerous obstacles and now are believed to be the second most premature babies to ever survive, the report states.

“When I went into labor they told me the survival rate for them was zero percent. They said that babies born at less than 23 weeks just don’t make it,” their mother, Tracey Hernandez, remembered.

Hernandez told The Metro that she was at a store Christmas shopping when she began to feel that something was not right. She went into labor a few hours later, fearing the possibility that her daughters were too young to live outside her womb.

Both girls arrived weighing a little more than 1 pound each, and they were breathing, according to the reports.

“[The doctors] were only able to help them survive because they both came out breathing on their own,” their mother said. “If they had struggled to breathe the doctors said they wouldn’t have been able to resuscitate. The moment I saw them gasping for air was the best moment of my life, it was such a relief.” Since then, the girls have struggled through numerous health problems and surgeries, but they are growing stronger each day, their mother said. Soon, the family hopes to take them home from Duke University Hospital in North Carolina.

Hernandez, who is pro-life, said she does not agree with the abortion laws in America that allow babies at her daughters’ age to be aborted for any reason.

“I just don’t agree with the abortion laws as they stand at all,” she told the Metro. “My two babies came out alive and looked fully formed. Everyone is entitled to a choice, but the legislation should be much lower. Babies this small can survive and are a real life. The limit should be lower.”

She said she thanks God that Makenzie and Makayla are alive.

“It has been a long and draining journey so far but we are nearly there and the end is so close now,” Hernandez said. “I feel blessed. They are a creation of God and I have watched them develop outside the womb.”

Modern medical advances are enabling younger and smaller premature babies to survive and thrive. The smallest recorded surviving baby weighed less than 9 ounces at birth in California. The earliest known premature baby to survive outside the womb was born at 21 weeks and four days of pregnancy. In 2017, the journal Pediatrics highlighted the girl’s survival story.

Recent studies out of Duke University and the New England Journal of Medicine have found that a growing percent of premature infants are surviving as early as 22 weeks of pregnancy. The research recently prompted the British Association of Medicine to issue new guidelines encouraging medical treatment for babies born at 22 weeks of pregnancy. Previously, the guidelines did not recommend treatment until 24 weeks. ← Prev: Planned Parenthood is Doing Everything Possible to Kill More Babies in Abortions During the Pandemic Next: Legislator Democrats Harassed for Endorsing Trump Won’t Resign: “Will Put My Country Before My Party” →