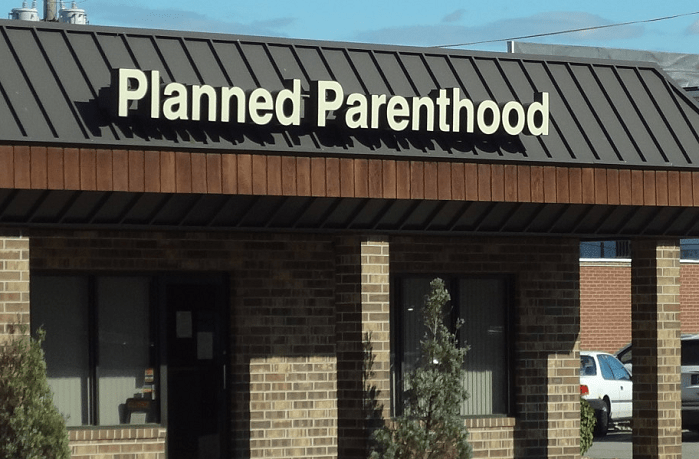 Abortion businesses are using the coronavirus crisis to push for the de-regulation of abortion drugs so that they can kill more unborn babies in abortions.

In the U.S., abortion facilities destroy the lives of nearly 900,000 unborn babies every year, and they make billions of dollars doing it. But apparently 900,000 dead babies isn’t enough.

The contagious virus has the medical community looking for new ways to treat patients while limiting their exposure to the potentially deadly illness. Many are moving to telemedicine, or virtual visits through a webcam or other device, rather than in-person and in-clinic appointments when possible.

Of course, the abortion industry is latching onto the trend, even though abortions are not medical care, and pushing to expand drug-induced abortions through telemedicine.

In some states, these telemed abortions, or webcam abortions, have been offered for years. They involve women taking abortion-inducing drugs without seeing a doctor in person. Instead, they “meet” remotely over a webcam before the drugs are dispensed from a remote-control drawer or by a staff member at a local clinic.

But now Planned Parenthood and other abortion facilities are using fears about the virus to expand webcam abortions across the country.

According to Politico, abortion facilities are trying to “make prescribing abortion medication almost entirely virtual during the pandemic. Some providers are dialing back in-person visits and forgoing ultrasounds and pelvic exams they’ve typically required before prescribing abortion pills virtually.”

But the risks to women, not to mention their unborn babies, could be huge. In-person exams are important for dating the pregnancy; the abortion drugs do not work well later in pregnancy and potentially could lead to more complications. Exams also can detect ectopic pregnancies, which can be deadly on their own but especially so if the woman takes the abortion drugs.

Currently, the Food and Drug Administration requires abortion drugs to be administered in-person, but the abortion industry and pro-abortion political leaders are pushing to end that. U.S. Sen. Elizabeth Warren and several other Democrat senators recently sent a letter to the FDA urging it to loosen abortion restrictions because of the pandemic.

Last week, Planned Parenthood announced plans to expand its telemed services, including abortions, throughout the U.S. by the end of April. It told Politico that it does not have data yet to determine if more patients are choosing telemed abortions.

Gynuity Health Projects, which operates its FDA-reviewed trial in 13 states, reported a 30 percent increase in virtual visits at some clinics between February and March as shelter-in-place orders took hold. Patients can receive the abortion drugs without ever having to leave their homes after a video consultation with providers participating in the trial.

The trial is “particularly well suited to a lot of these stay-at-home orders” said Erica Chong, a director at Gynuity.

The abortion chain Carafem said it is urging more of its abortionists to participate in the Gynuity trial, according to the report.

For decades, abortion activists have claimed an abortion should be a decision between a woman and her doctor. But now they are trying to take doctors out of the equation – and putting more lives at risk.

The abortion drug mifepristone is not safe for the mother or her unborn child. It has been linked to at least 24 women’s deaths and 4,000 serious complications. Risks of mifepristone and misoprostol, the most common abortion drugs taken together to abort and then expel an unborn baby from the womb, include excessive bleeding, severe abdominal pain, infection, hemorrhage and death.

A 2009 study “Immediate Complications After Medical Compared With Surgical Termination of Pregnancy,” in Obstetrics and Gynecology found a complication rate of approximately 20% for the abortion drugs compared to 5.6% for surgical abortions. Hemorrhages and incomplete abortions were among the most common complications.

Randall O’Bannon, Ph.D., director of education and research for the National Right to Life Committee, recently explained other problems with webcam abortions: “It would … mean a woman undergoing a painful, bloody, potentially dangerous abortion by herself at a time when emergency medical help is stretched thin and perhaps unavailable. Women undergoing chemical abortions have bled to death or died from infections. Others have died when undetected ectopic pregnancies ruptured.”

Additionally, the illegal, online sales of abortion drugs have been linked to forced abortions. A New York City woman is facing charges after she allegedly sold abortion drugs to a man accused of trying to force his girlfriend to take them.

Women do not need to abort their unborn babies to be healthy. The only thing “essential” about an abortion is the guarantee of a dead baby. Recently, medical groups representing more than 30,000 doctors in America emphasized that abortions are not “essential” or “urgent,” and abortion facilities that continue to operate during the pandemic are being “medically irresponsible.”

← Prev: “Put Down Like Animals:” Doctors Euthanize Mentally Disabled Patients Without Consent Next: Premature Baby Girls Born at 22 Weeks are the 2nd Youngest Ever to Survive. Look at Them Now →