Legislator Democrats Harassed for Endorsing Trump Won’t Resign: “Will Put My Country Before My Party” 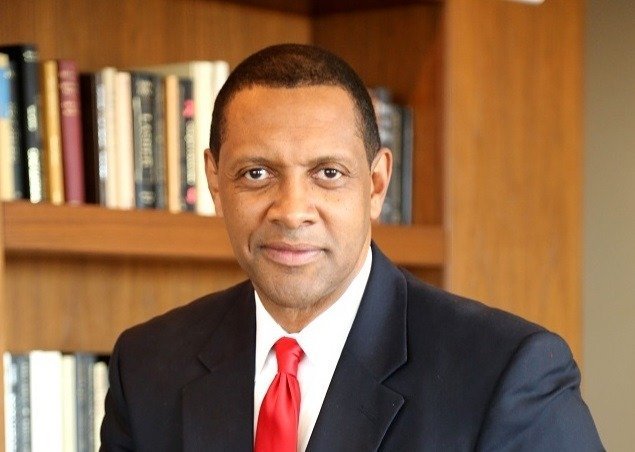 Vernon Jones, a Democratic state representative in Georgia who attracted immense ire from his party after endorsing President Donald Trump, said he will remain in office.

Jones had announced on Wednesday that he would be resigning from his post within the Georgia House of Representatives, citing attacks and harassment from the Democratic Party for supporting Trump’s re-election. However, the renegade Democrat later said that, after an avalanche of public support, he has changed his mind and will not resign.

“Little did I know that I would receive such [a] barrage of attacks and name-calling by the far left in the Democratic Party,” Jones said in a Twitter video posted on Thursday about his decision to support Trump.

These attacks at first prompted him to vacate office, but he said something soon changed.

“When I started receiving the overwhelming amount of support and outcry from the people that I represent in House District 91 in DeKalb and Rockdale counties, my fellow Georgians, and fellow Americans from across this country in every walk of life, every age, every color, every party — that was emotional, and that was motivational,” Jones continued.

The state representative added that he will do “everything I can” to get Trump re-elected in November.

Jones launched onto the national scene when he officially endorsed Trump on April 14, pointing to the president’s handling of the economy, support for historically black colleges and his criminal justice reform initiatives. These issues, he said, drew him to support Trump’s campaign.

However, his decision was met with resounding condemnation from his colleagues.

Georgia Democratic Party Chairwoman Nikema Williams called Jones an “embarrassment” to the party, and a group launched by failed gubernatorial candidate and romance novelist Stacey Abrams said it would work to unseat him from office. The establishment has since thrown its support behind Rhonda Taylor, Jones’s Democratic primary rival.

Jones represents the 91st House District in the Georgia House of Representatives — a majority-minority district in the suburbs south of Atlanta that is overwhelmingly Democratic. Before entering the Georgia General Assembly, Jones served as the CEO of DeKalb County, and served in the state House from 1993 to 2001. ← Prev: Premature Baby Girls Born at 22 Weeks are the 2nd Youngest Ever to Survive. Look at Them Now Next: TECH TYRANNY: Twitter Suspends Account and YouTube Removes Video of Biotech Company that Created COVID-19 Treatment Using UV Light in Lungs →