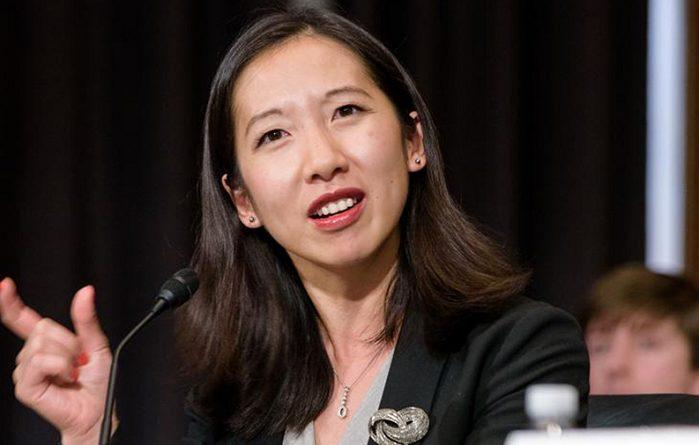 Every year, Planned Parenthood abortionists forcibly remove more than 330,000 unborn babies from the safety of their mothers’ wombs, sometimes by pulling them apart in pieces, other times by starving them of the nurturing hormones necessary to develop.

But on Friday, the abortion giant’s president, Leana Wen, claimed to care about children in a post on Twitter.

“Forcibly removing a child from their parent or guardian can cause lifelong physical and emotional harm to the child’s well-being. #HowDareYou,” Wen wrote, linking to an article about immigration.

Forcibly removing a child from their parent or guardian can cause lifelong physical and emotional harm to the child’s well-being. #HowDareYou https://t.co/4FTMJL9QZ8

The Daily Wire’s Hank Berrien responded to the disturbing irony of Wen’s appeal to compassion:

Wen’s tweet showing compassion for immigrant children separated from their parents or guardians stretches the limits of hypocrisy, since she is the same woman that heads an organization that murders hundreds of thousand of babies every year. But then, Wen is also the same woman who hypocritically said in a video that she wanted to “fight for our most vulnerable individuals.”

Just days earlier, Wen criticized Republicans’ efforts to protect newborns from infanticide. She claimed the bill to protect abortion survivors was an attack on “women’s health” even though it did not restrict abortions in any way. Instead, it would have protected babies – separate, living, viable babies who are struggling to survive.

The Born Alive Abortion Survivors Protection Act “is about criminalizing doctors and taking away the right to safe, legal abortion,” Wen wrote on Twitter. “At @PPFA, we will always provide health care and fight to protect access to that care. We will fight back with everything we have, @RealDonaldTrump, and we will win because we have truth & the American people on our side.”

The ironies do not end there. Wen repeatedly has claimed to care about women’s lives and health, their family planning decisions and well-being; but a few months ago, the New York Times exposed Planned Parenthood for wide-spread discrimination against its own pregnant employees.

It appears Wen says what she does, not out of sincerity, but political gain. Planned Parenthood relies heavily on Democrat politicians to keep abortions legal and unrestricted and to keep its nearly half a billion tax dollars flowing. Its insincere bashing of Republicans and support of pro-abortion Democrats is just one way it seems to be trying to keep the status quo.

← Prev: 80 Year-Old Abortionist Has Killed Over 80,000 Babies in Abortions Next: Staffer Recalls Aborting Quadruplets: “A Baby Fell in the Toilet, Two Were Hanging Out of Her Holding Each Other” →