Staffer Recalls Aborting Quadruplets: “A Baby Fell in the Toilet, Two Were Hanging Out of Her Holding Each Other” 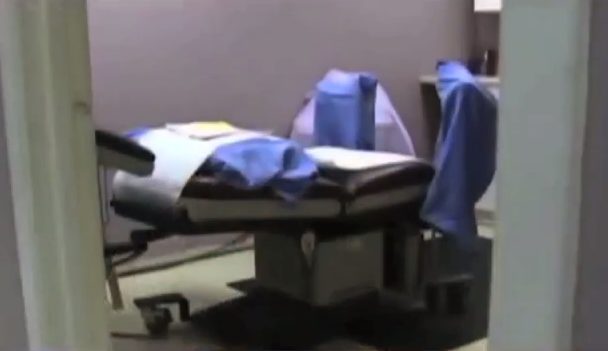 Planned Parenthood employees and educators “celebrate” abortion and do not protect young women, former employees told The Daily Caller News Foundation in a series of interviews revealing graphic details about their tenures with the organization.

Kincaid said Planned Parenthood didn’t emphasize abortion at the beginning of her employment and told her the organization provided services for women like cancer screenings, but shortly thereafter, she was “thrown right into the surgical room where they perform the abortions, and that’s because they were so short-staffed that they had to rush me through training.”

Kincaid got through each day by telling herself she was helping women, she told TheDCNF. But ultrasound-guided abortions began upsetting Kincaid.

“It wasn’t until I had to actually pick out the pieces of children, that’s when I started looking at these little arms and little legs. They’re like little dolls,” she said.

Kincaid told TheDCNF she helped abort babies up to 14 weeks along at the Baltimore clinic.

Conditions improved slightly after Kincaid left the surgical room and became a counselor at the clinic. She no longer assisted with abortions and was tasked with advising women about their options regarding abortion, sexual health and pregnancy, an area where Kincaid felt she could make a positive difference, she told TheDCNF.

Kincaid said she quickly came into conflict with her higher-ups “if [she] walked out with pre-natal vitamins for a patient instead of an abortion.” Kincaid refused to convince unsure women to have abortions.

She traveled twice a week to Planned Parenthood’s Annapolis clinic to provide services. The clinic saw many more medical abortions because it did not offer sedation, according to Kincaid. Most of the employees at the Maryland clinics were hired as teenagers with no medical backgrounds, and many began work at age 18, Kincaid said, and the only requirements were a high school diploma or GED.

Kincaid said she reached a breaking point after a young woman came in for an abortion and the ultrasound showed she was pregnant with quadruplets.

The young woman, nearly 13 weeks pregnant, returned to the clinic three times and refused an abortion each time. Her partner, whom Kincaid described as a much older man, did not want her to have the babies, she said.

She returned to the clinic a fourth time in excruciating pain and bleeding profusely, and the man had taken her to another clinic where she had begun a medication abortion, Kincaid told TheDCNF.

‘A baby fell right in the toilet. Two others were hanging out of her … ‘Holding each other’

Planned Parenthood staff took the girl to a room to help her.

“We pulled down her pants and a baby fell right in the toilet. Two others were hanging out of her,” Kincaid said. They fell “[into] a little bowl, holding each other.”

She then said how they suctioned out the fourth baby.

“We were used to pieces, not a whole baby.”

The babies were boys and already had all their organs, Kincaid said, adding that they looked older than 14 weeks.

The staff wasn’t allowed to speak of the incident, Kincaid said.

She suffered dozens of nightmares about the abortion.

“One day I woke up and said, ‘I can’t do this anymore,’” Kincaid told TheDCNF. “This is not what I got into medical field to do.”

Kincaid contacted And Then There Were None, a group that helps abortion workers leave the industry. She helped three other Planned Parenthood employees leave.

“When you’ve never worked in there, you have not gone through what I’ve gone through … We’re not helping women if they’re not safe,” Kincaid said.

“They [Planned Parenthood workers] do not see our children as human anymore. They just see them as these animals with unquenchable sexual drive,” Cline told TheDCNF. “They are not there to protect the girls whatsoever.”

Planned Parenthood trained Cline to teach at sexual health conferences hosted by the organization. She stopped working for the abortion group in 2009.

Cline said her supervisors told her to advise women to choose abortion if they came to the clinic pregnant. They shared stories of minors arriving with inanimate objects inside of them and older men who weren’t their fathers.

After Cline asked the director of education how to stop the events described, she said she was told, “No, we’re not going to stop them. We’re not about abstaining or avoiding those risk[y] behaviors. We’re just going to get them condoms and provide abortions.”

“Best to leave parents out of it. Once parents are involved, they will get angry, and that keeps them [girls] from coming back from Planned Parenthood,” Cline said supervisors told her.

Medical professionals are required to report sexual abuse of a minor, including trafficking and sexual conduct that harms a child’s physical or mental health, according to Texas law, the Rape, Abuse & Incest National Network’s website states. Failure to report or “make a reasonable effort to prevent sexual conduct harmful to a child” is a Class A misdemeanor punishable by fines up to $4,000 and a year behind bars.

Planned Parenthood molded Cline to believe what they espoused, she told TheDCNF. She began to realize she needed to leave the organization after teaching at a sex education conference in Waco, Texas. She left the training uncomfortable with what had occurred.

“We were bombarding innocent girls with videos of sexual encounters and disease. I left there so angry that I took part in educating those girls that way,” Cline said. “I swore I would never teach that again … I needed to get out.”

Girls as young as 11 were in attendance, Cline told TheDCNF.

Cline unexpectedly became pregnant during her time with Planned Parenthood. She scheduled an abortion when she was eight weeks pregnant. The clinic didn’t schedule an abortion until she would have been 14 weeks pregnant, she said.

“They like to do that because it’s more money,” she said.

Cline said she did not initially share with her colleagues that she was pregnant because “they would celebrate the death of my baby.”

She later canceled her abortion. There was no counseling to help Cline work through her decision to keep the child and the guilt she might carry from scheduling an abortion, Cline said. Her son is now 19 years old.

A Planned Parenthood spokesperson later clarified, saying, “It is safe to say that not every single one of our health centers provides prenatal care, and we’ve never said otherwise,” Townhall reported.

Annette Lancaster started working as a health center manager for a Planned Parenthood clinic in Chapel Hill, North Carolina, in 2015 and left after nine months.

Lancaster was hired to do the clinic’s administrative work, which included hiring, firing, interviewing and managing the staff. She landed in the procedure room, however, shortly after beginning work at Planned Parenthood, Lancaster told TheDCNF.

“I was overseeing them [abortions],” Lancaster said.

Lancaster quickly noticed a multitude of errors a few weeks after she started working at Planned Parenthood.

“I noticed that there were a lot of cutting of policies and procedures, people would bend the rules for certain things, they weren’t following things cut and dry,” Lancaster said, noting she and a number of staff assisted with medical procedures despite having no training or medical background.

‘I had never been trained’

Lancaster began to struggle after she was asked to perform ultrasounds on women having abortions.

“I had never been trained in ultrasound, never had done it before, nobody even really showed me how to do it,” she said.

Most of the staff were also trained by doing, according to Lancaster.

In addition to her administrative work, Lancaster began counseling women who came to the clinic. If a woman didn’t want to have an abortion, was unsure or it didn’t seem like the best fit for her, Lancaster would cancel their procedure and require they reschedule for a later date, she told TheDCNF.

Lancaster was “quit-fired” in her words, after leadership became unhappy her abortion numbers were going down. Lancaster said she was eventually called into her boss’s office and told she no longer fit in at the clinic.

“It boiled down to the fact that they were not happy because my [abortion] numbers were decreasing,” she told TheDCNF.

Lancaster wanted to change and improve the organization.

Lancaster is now the director of clinical placements for the masters of nursing program at Duke University School of Nursing.

“These claims are simply false,” Planned Parenthood Director of Health Media, Elizabeth Clark told TheDCNF in an email. She confirmed that Kincaid and Lancaster had been employed by Planned Parenthood and that Cline did work for the organization.

“The reality is that Planned Parenthood follows all laws and has extremely high medical and professional standards. If we discover any instance where those standards aren’t being met, we take swift action,” Clark said.

Planned Parenthood allegedly discriminated against a number of pregnant women, according to claims levied by women in a December 2018 New York Times article. The abortion organization denied the allegations.

“It’s our obligation to do better — for our staff, for their families, and for our patients,” Planned Parenthood President Leana Wen said in a statement.

“Planned Parenthood is one of the most trusted organizations in this country, and we take that responsibility seriously. The health and safety of our patients is our top priority, and Planned Parenthood staff and providers work every day to provide the best possible health care and education to everyone who comes through our doors,” Clark told TheDCNF. “We’re proud to provide expert, high-quality health care and education, including safe and legal abortion, in a safe and compassionate environment.”