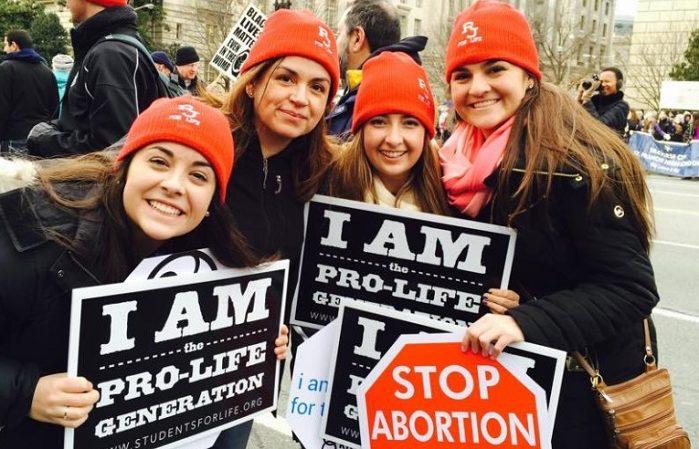 A new poll shows a massive shift towards the pro-life direction after Democrats promoted both infanticide and abortions up to birth.

The new polling data from Marist University shows one of the biggest pro-life shifts in history. Americans moved towards the pro-life direction on abortion by a 17% margin in one month after Democrats defending allowing babies to die in infanticide and legalized abortions up to birth in the state of New York.

In a substantial, double-digit shift, according to the poll, Americans are now as likely to identify as pro-life (47 percent) as pro-choice (47 percent). Just last month, a similar survey conducted by The Marist Poll found Americans more likely to identify as pro-choice than as pro-life by 17 percentage points (55 to 38 percent). Democrats moved in their pro-life identity from 20 percent to 34 percent.

The shift was led by Democrats and those under 45 years old, according to a survey taken Feb.12-17 in the wake of efforts in several states to legalize abortion up until birth.

“Current proposals that promote late-term abortion have reset the landscape and language on abortion in a pronounced – and very measurable – way,” said Barbara Carvalho, director of The Marist Poll.

The poll comes as the Senate will vote today on legislation to stop infanticide. Democrats are expected to block it.

“The recent legal changes to late-term abortion and the debate which followed have not gone unnoticed by the general public,” said Carvalho. “In just one month, there has been a significant increase in the proportion of Americans who see themselves as pro-life and an equally notable decline in those who describe themselves as pro-choice.”

At the same time, the survey found that opposition to late-term abortions is overwhelming. By about three to one (71 percent to 25 percent), Americans say abortion should be generally illegal during the third trimester. This majority includes 60 percent of Democrats, 72 percent of independents and 85 percent of Republicans.

In addition, the poll found that 80 percent of Americans would like abortion limited to – at most – the first three months of pregnancy — an increase of five points since just last month. This includes 65 percent of those who identified as pro-choice, as well as strong majorities of Democrats (64 percent), Republicans (92 percent) and independents (83 percent).

The proportion overall has shown a consensus over time on the issue with three-quarters to eight-in-10 Americans supportive of restrictions on abortion. The 80 percent figure is, nevertheless, a significant increase since January – a noteworthy change in what has been a very stable measure.

“Arguments in favor of late-term abortion are simply not convincing the American people,” said Carl Anderson, CEO of the Knights of Columbus, the organization that sponsored the survey. “If anything, since these proposals have been unveiled, people are moving noticeably in the pro-life direction. It is now clear that these radical policies are being pursued despite the opposition of the majority of Americans of both parties.”

This survey of 1,008 adults was conducted Feb. 12 through Feb. 17, 2019 by The Marist Poll sponsored and funded in partnership with The Knights of Columbus. Adults 18 years of age and older residing in the United States were contacted on landline or mobile numbers and interviewed in English or Spanish by telephone using live interviewers. Telephone numbers were randomly selected based upon a list of telephone exchanges from throughout the nation. The exchanges were selected to ensure that each region was represented in proportion to its population. Assistance was provided by SSRS for data collection. The sample was balanced to reflect the 2017 American Community Survey 1-year estimates for age, gender, income, race, and region. Results are statistically significant within ±3.5 percentage points. MOE increases for subgroups.

← Prev: Woman Has Had 17 Abortions, Will Likely Never Have Kids After Damage to Her Uterus Next: Abortion Activist Sues to Stop President Donald Trump From Defunding Planned Parenthood →