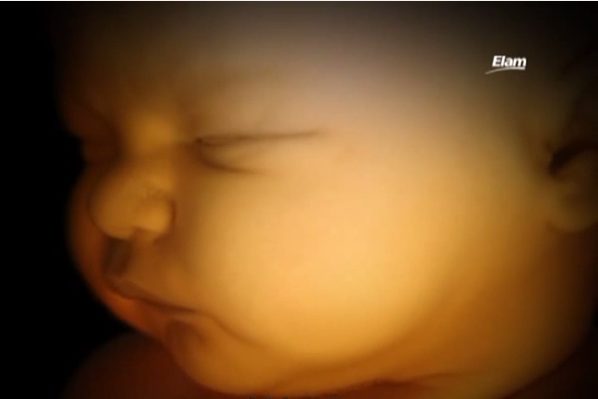 The New Mexico Senate rejected a radical pro-abortion bill Thursday that would have kept abortions legal for any reason up to birth in the state.

The vote was 18-24. It was a tough fight for pro-life advocates after the bill passed the House in February and Gov. Michelle Lujan Grisham, who claims to be Catholic, said she would support it.

Pro-life advocates celebrated the victory and praised the Republican and Democratic lawmakers who helped to defeat the bill.

“We are so thankful to the senators who stood up for women, unborn children, and their constituents tonight to vote against HB-51,” New Mexico Alliance for Life said in a statement. “The tide is turning in New Mexico once and for all, and we embrace our diverse cultural tradition that has always celebrated Life.”

Prior to the vote, the group presented the signatures of more than 22,000 New Mexicans urging lawmakers to oppose the bill, and hundreds more pro-lifers gathered at the Capitol to protest the radical pro-abortion bill.

The AP reports 16 Republicans and eight Democrats voted against the bill. Among them was Democratic state Sen. Gabriel Ramos, who questioned before the vote, “How can we protect coyotes, frogs, prairie dogs, chickens, but not the beating heart of a baby in a woman’s womb?”

“The state of New Mexico must strive to protect and uphold the dignity of all people from conception to death,” Ramos added.

Sponsored by state Rep. Joanne Ferrary, the bill would have repealed a statute from the 1960s that prohibits abortions except in cases of rape, incest or threats to the mother’s life. The statute is not in effect because of Roe v. Wade. Without the statute, New Mexico would have allowed unborn babies to be aborted without restriction, even after Roe is overturned.

The bill also would have repealed conscience protections for medical professionals who believe it is wrong to abort unborn babies.

The bill is similar to a New York state measure that Gov. Andrew Cuomo signed into law in January. The Vermont, Massachusetts and Rhode Island legislatures are considering similar legislation right now.

Encouraged by the vote, New Mexico Alliance for Life said its work to restore a culture of life will continue.

“We need to work together to end late-term abortion once and for all, restore parental involvement in minors’ abortion decisions, and ensure our medical professionals’ conscience will always be protected from being forced to participate in an abortion,” the organization said.

New Mexico is one of a handful of states that already allows abortions up to birth by placing no limits on late-term abortions. The bill would have codified that into law.

One of the women who testified against the bill was Tina Atkins, the mother of a young woman who died along with her unborn baby at the late-term abortion facility Southwestern Women’s Options in Albuquerque.

“How can anyone sit here and tell me that HB-51 will grant access to safe abortions when my daughter is dead from an abortion?” Atkins asked a House committee in January. “It is widely published in medical journals that after five months of pregnancy, a woman has an 89 times greater risk of death than earlier abortions.”

Atkins is suing the abortion facility for allegedly killing her daughter, Keisha, in a botched abortion.

A recent national poll by Marist University found that a majority of Americans oppose late-term abortions. Similarly, a poll released in February found a sharp, double-digit uptick in the number of Americans who identify as pro-life after pro-abortion Democrats began pushing abortions up to birth and infanticide.