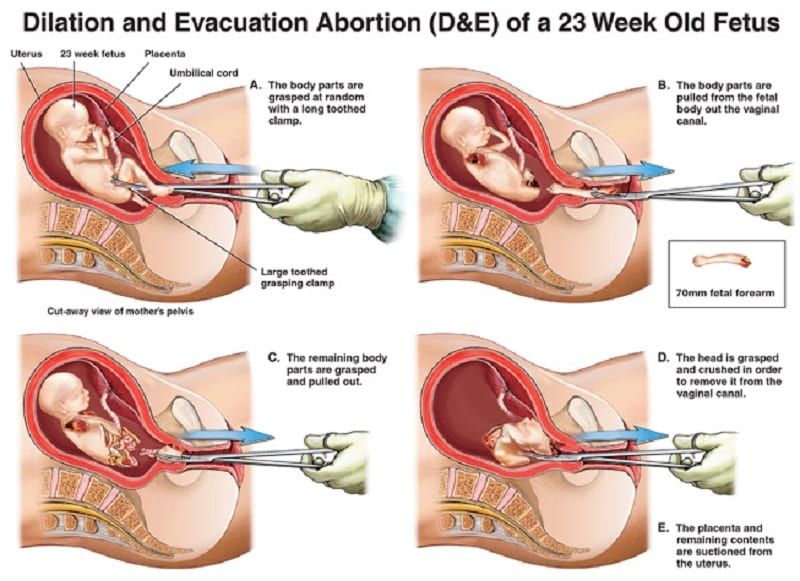 Legislation to ban dismemberment abortions in Michigan was introduced today in the Michigan House.

House Bills 4320 and 4321 would amend Michigan’s 2011 ban on partial-birth abortions by including the dismemberment abortion procedure, also known as a dilation and evacuation abortion (D&E).

Right to Life of Michigan President Barbara Listing said, “These bills are Michigan’s response to New York’s abortion law and other states seeking to explicitly allow abortions through all nine months of pregnancy for any reason.”

In Stenberg, Justice Kennedy wrote, “The fetus, in many cases, dies just as a human adult or child would: It bleeds to death as it is torn from limb from limb. The fetus can be alive at the beginning of the dismemberment process and can survive for a time while its limbs are being torn off.”

Listing said, “In his opinion, Justice Anthony Kennedy rightly said that dismemberment abortions are ‘laden with the power to devalue human life.’ Tearing the arms and legs off children in the later stages of pregnancy is not a good reflection of our Michigan values.”

In published research on reasons women have abortions, the pro-abortion Alan Guttmacher Institute has stated that most late-term abortions are done for elective reasons.

In a 2013 study, the authors admitted, “But data suggest that most women seeking later terminations are not doing so for reasons of fetal anomaly or life endangerment.”

Listing said, “Opinion polls routinely show a majority of Americans believe late-term abortions should be illegal. Dismemberment abortions are obvious violence and that’s not how we should be treating our own children.”

Go to Source
Author: Right to Life of Michigan