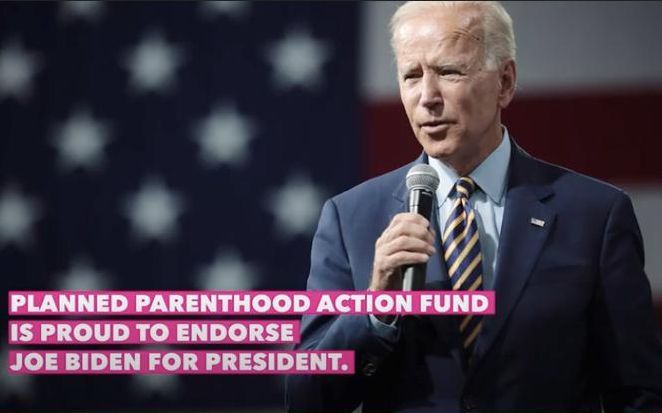 Dr. Deborah Nucatola, who was Planned Parenthood’s senior director of medical services, discussed this openly with CMP investigators over lunch: “So then you’re just kind of cognizant of where you put your graspers, so I’m not gonna crush that part, I’m going to basically crush below, I’m gonna crush above, and I’m gonna see if I can get it all intact.” In a separate conversation, Dr. Mary Gatter, Planned Parenthood’s Medical Directors’ Council President haggled over the price of baby body parts, saying, “I want a Lamborghini.”

These videos generated massive outrage from pro-life and pro-choice Americans alike – so much so that Cecile Richards, president of Planned Parenthood at the time, issued a muddled response apologizing for her employees’ “tone”. Members of Congress, disturbed by the contents of the undercover videos, launched an investigation into Planned Parenthood’s practices and, in 2015, referred their findings to the Department of Justice.

Instead of prosecuting Planned Parenthood, the abortion industry’s political allies have dragged the Center for Medical Progress and its founder David Daleiden through an endless (and ongoing) legal battle for exposing this gruesome truth. And all the while, officials from Planned Parenthood mounted a full-scale media offensive against Daleiden, which was parroted by the mass media, alleging the undercover footage Daleiden captured was “heavily edited.”

It wasn’t until recently that the undercover journalist was finally vindicated. In fact, the strategy of tying CMP and Daleiden up with costly and unending legal battles actually backfired because, in the process, the same high-level Planned Parenthood employees had to admit under oath the veracity of the original videos.

When the videos were first released, then-candidate Donald Trump’s promised to fight for the unborn and end similar abuses, which helped propel him to the White House. He has kept his word. From the day he assumed office, President Trump has worked to protect unborn children and their mothers and stood up to the abortion industry. The Trump administration reinforced Title X funding guidelines to prevent taxpayer money from being funneled to abortion businesses like Planned Parenthood.

President Trump also reinstated and expanded the Mexico City Policy, ensuring that American taxpayer dollars aren’t used to promote abortions overseas as part of America’s global health policy. His administration canceled a research contract that included the use of aborted baby parts. And if we re-elect President Trump, we will have the chance to achieve more and greater victories.

If pro-abortion Joe Biden wins in November, on the other hand, we can expect a massive setback in terms of pro-life policy. The abortion lobby backs candidates who will rubber-stamp their agenda and turn a blind eye to their wrongdoing, which explains why Planned Parenthood is investing $45 million to elect Biden and other extremist Democrats  – but a president who believes in a person’s inherent dignity and worth at every stage of human development is the only kind of president that belongs in the Oval Office.

← Prev: Planned Parenthood That Sold Aborted Baby Parts Took $7 Million From Coronavirus Funds Next: MSNBC Says President Trump is an “Idiot” So America Should Hand the Election to Biden →