‘Little Tyrants’: Los Angeles Mayor Extends Lock down for 3 Months Threatens to Turn of Water and Electric To Small Businesses 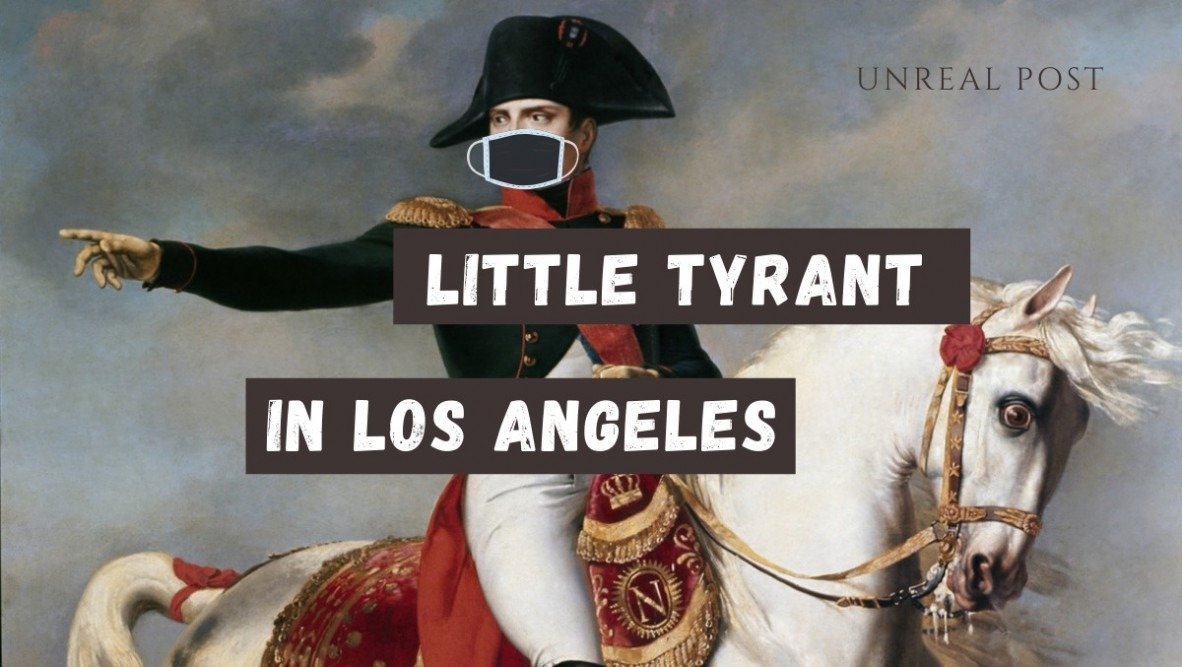 Unfortunately, Satan has zeroed in on the Democratic party and is using them as his emissaries of anti-Christ activity in the form of their social and economic policies of death and despair.  The parallel between Satan’s false teachers and the Democratic party are strikingly similar. Both are portrayed as emissaries of light. Yes, Satan doesn’t only promote death, destruction, and skid row. Scripture makes it clear that Satan can transform his emissaries into the apostles of Christ because Satan can transform himself into an angel of light.

‘For such are false apostles, deceitful workers, transforming themselves into apostles of Christ. And no wonder! For Satan himself transforms himself into an angel of light. Therefore it is no great thing if his ministers also transform themselves into ministers of righteousness, whose end will be according to their works.’

Deception is the Cornerstone of the Democratic Party

As for the democrats, they have deceived the masses by skillfully changing the meaning of the word lie, to mean truth.  They have no compunction about calling white – black. Or calling black – white. They have no absolutes, no faith in Christ who is Truth. And they run off at the mouth with deception, lies, and do nothing but cause turmoil. The end result of this heartless and brute beast gospel is total despair for the masses.

This is no small task and far more sinister and way above the ability of just Nancy Pelosi and the other Democratic leaders. The power behind the Democratic party is evil itself, the god of this world, Satan.

The Democratic party’s greatest weapon is deception and lies, which just so happens to be the favorite weapon of their father Satan (John 8:44).

The apostle Paul repeatedly warns the body of Christ which is His Church about false teachers. And it is from these warnings that we can make the application in the Political landscape in America because the Democrats in recent years have become heartless and beast-like toward their fellow man.

In Romans 16:18, the warning is shocking, it almost appears like Paul is referring to the Democratic Party! I want to be clear, that the context of the verse and chapter is a warning about false teachers, not Democrats but we can make application as to the overwhelming similarity in the beastial and heartless characteristics of the two.

‘For those who are such do not serve our Lord Jesus Christ, but their own belly (money and wealth above all, lavish lifestyles), and by smooth words and flattering speech (sounds so good, like they are the only people who know what’s best for the rest of us) deceive the hearts of the simple (ultimately, they’re deceiving the masses, leading any and all, young and old it doesn’t matter to despair).

The actions and very words of the Democratic Left are on full display for all to see and they make no effort to hide their tyrannical beast-like agenda. Just look at the words of Los Angeles Mayor Eric Garcetti from his twitter account.

“We won’t tolerate the selfish behavior of a few who unnecessarily put our community at risk,” Mayor Eric Garcetti said in a press release on his website.

He also said his “Safer at Home” emergency shelter-in-place order will be extended until July and that his orders will be strictly enforced.

Take a look at this “little tyrant” in his tweet, doing his best to be Xi Jinping or Mao or Hitler.

Let me be clear: it is unacceptable for non-essential businesses to continue their operations as normal.

I announced the Safer at Home Business Ambassadors Program to help ensure businesses comply with our emergency order to keep our communities safe. https://t.co/7eMFdg1PSa

As members of the body of Christ, we are commanded to pray for our leaders regardless of their political affiliation. And this is no different with regard to the tyrannical behavior of the Los Angeles Mayor Eric Garcetti.

‘I exhort therefore, that, first of all, supplications, prayers, intercessions, and giving of thanks, be made for all men; For kings, and for all that are in authority; that we may lead a quiet and peaceable life in all godliness and honesty. For this is good and acceptable in the sight of God our Saviour; ‘

Ultimately, it is God’s desire that all men come to the knowledge of salvation and Christians should share the gospel of grace with all, at all cost.

‘Who will have all men to be saved, and to come unto the knowledge of the truth. ‘