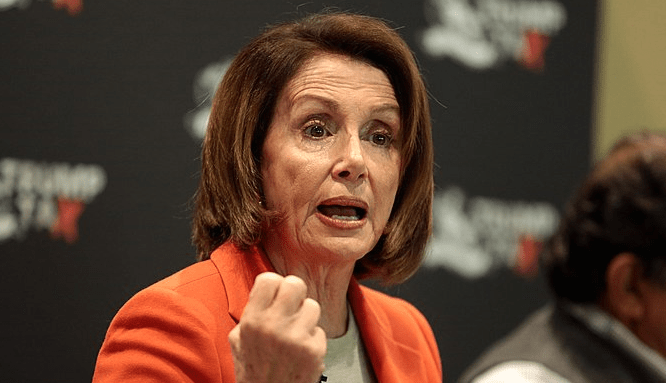 House Democrats today voted for Speaker Nancy Pelosi’s coronavirus bill that forces Americans to fund abortions and the Planned Parenthood abortion business. This is the third time Pelosi has tried to make the American people pay for her abortion agenda instead of providing relief for those adversely affected by COVID-19. Although the House passed the legislation, pro-life Republicans in the Senate will not approve the bill and Pelosi has admitted the bill was nothing more than a negotiating tactic that some say is nothing more than an attempt to appeal to the Democrats’ leftist base. During the development of the first stimulus bill to tackle the coronavirus situation, White House officials caught Pelosi trying to force Americans to fund abortions because she put funding in the bill under a section of HHS where the provisions of the Hyde Amendment would not apply. Then, Pelosi tried to include funding for the Planned Parenthood abortion company in the bill to provide economic relief for small businesses, even though Planned Parenthood is a profitable abortion corporation that technically is a nonprofit. President trump and Republicans stopped that form happening. But because additional legislation is needed to provide Americans economic relief in the face of extended lockdowns, Pelosi is back at it — trying to remove the safeguards from the previous bill to exclude Planned Parenthood from small business bailouts in her new Phase 4 relief legislation. Tom McClusky, president of March for Life Action, caught Pelosi’s latest attempt. “Speaker Pelosi’s latest $3 trillion wish list is not about helping those suffering from Covid-19 – it is an election scheme focused on helping pro-abortion Democrats win in 2020. Her proposal includes the removal of safeguards in the Paycheck Protection Program (PPP) that prevent taxpayer money from bailing out the billion-dollar abortion-giant Planned Parenthood,” […]

THE ABHORRENT DEATH CULT POLICIES, IRRATIONAL HATRED FOR THE SANCTITY OF LIFE, AND ANTI-CHRIST RHETORIC ARE SYNONYMOUS WITH THE DEMOCRATIC PARTY