Joe Biden: Protecting Unborn Babies From Being Killed in Abortions is “Extreme” 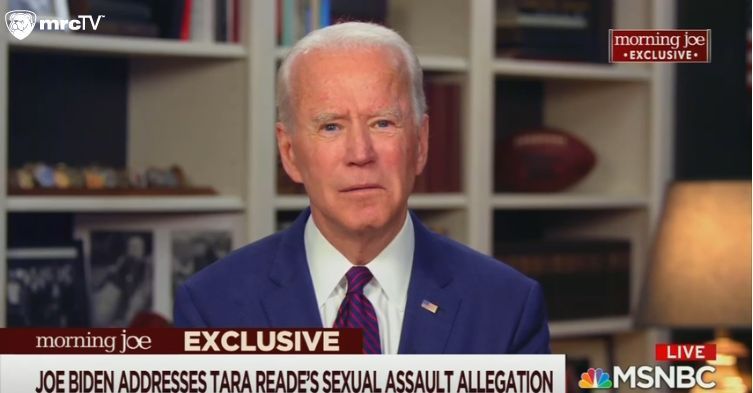 The respective responses to the Supreme Court’s June  Medical Services, L.L.C. v. Russo decision from the pro-life Trump Administration and the eager-to-please-the-abortion-establishment Joe Biden came as no surprise. One laments that the High Court could not accept even the very modest—but very necessary—requirement that abortionists have admitting privileges at a hospital within 30 minutes of where they are annihilating unborn child—the other celebrates the 5-4 decision and promises more of the same if he gets to choose future Supreme Court justices.

Kudos to Newsweek’s Elizabeth Crisp for assembling them.

“States should have the ability to regulate medical procedures, including abortions, to protect the health and safety of their citizens. Instead, five unelected Supreme Court Justices decided to insert their political agenda in place of democratically determined policies,” Trump campaign spokeswoman Ali Pardo said.

“This case underscores the importance of re-electing President Trump, who has a record of appointing conservative judges, rather than Joe Biden, who will appoint radical, activist judges who will legislate from the courts,” the statement said.

“Instead of valuing fundamental democratic principles, unelected justices have intruded on the sovereign prerogatives of State governments by imposing their own policy preference in favor of abortion to override legitimate abortion safety regulations.”

How about pro-abortion former Vice President Biden? Let’s break his statement into three parts and see what he is saying in each.

“Women’s health care rights have been under attack as states across the country have passed extreme laws restricting women’s constitutional right to choice under any circumstance. Today, the U.S. Supreme Court reaffirmed that states cannot put in place laws that unduly burden a women’s right to make her own health care decisions with her doctor,” Biden said in a statement.

“Unduly burden a women’s right to make her own health care decisions with her doctor.” Really? Many abortionists fly in to abort dozens and dozens of babies in a single day. Do they even know the women’s names? Have they ever spoken to them? Is it “unduly burdening” the right to abort to ensure that if there are complications, the abortionist can be admitted at the local hospital to see what’s he done wrong?

“But let’s be clear: Republicans in state legislatures will stop at nothing to get rid of Roe—and we have to be just as strong in our defense of it. They are trying to get these laws appealed to the Supreme Court in the hope that Trump’s justices will vote to overturn Roe v. Wade, Biden continued.

I’m just speculating here, but when pro-abortion activists were using the courts to bypass state legislatures to win an abortion on demand regime, they were counting on justices like Harry Blackmun to mangle history, ignore the basis for the protective state laws, and create out of whole cloth a “right” to abortion allegedly hidden in heretofore unrecognized “penumbras” and “emanations.”

“It’s wrong. It’s pernicious. And, we have to stop it. As president, I will codify Roe v. Wade and my Justice Department will do everything in its power to stop the rash of state laws that so blatantly violate a woman’s protected, constitutional right to choose,” he said.

“Codify[ing] Roe v. Wade” is AbortionSpeak for obliterating any and all limitations as well as joyfully picking the public’s pockets to pay for elective abortions. Using the Justice Department is another idea that is gaining currency in the other rings of the fringiest pro-abortion circles. Who knows what that means specifically, but the gist is clear: use the unlimited resources of the federal government to harass duly elected legislators who pass laws a President Biden would want trampled.

Still another illustration of what is on the line come November 3.

← Prev: Antisemitism: Black Lives Matter Demonstrators in DC Chant ‘Israel, We Know You, You Murder Children, Too’ Next: CNN Blames Coronavirus on President Trump: He’s a “Cult Leader Who is Jumping Off the Cliff” →