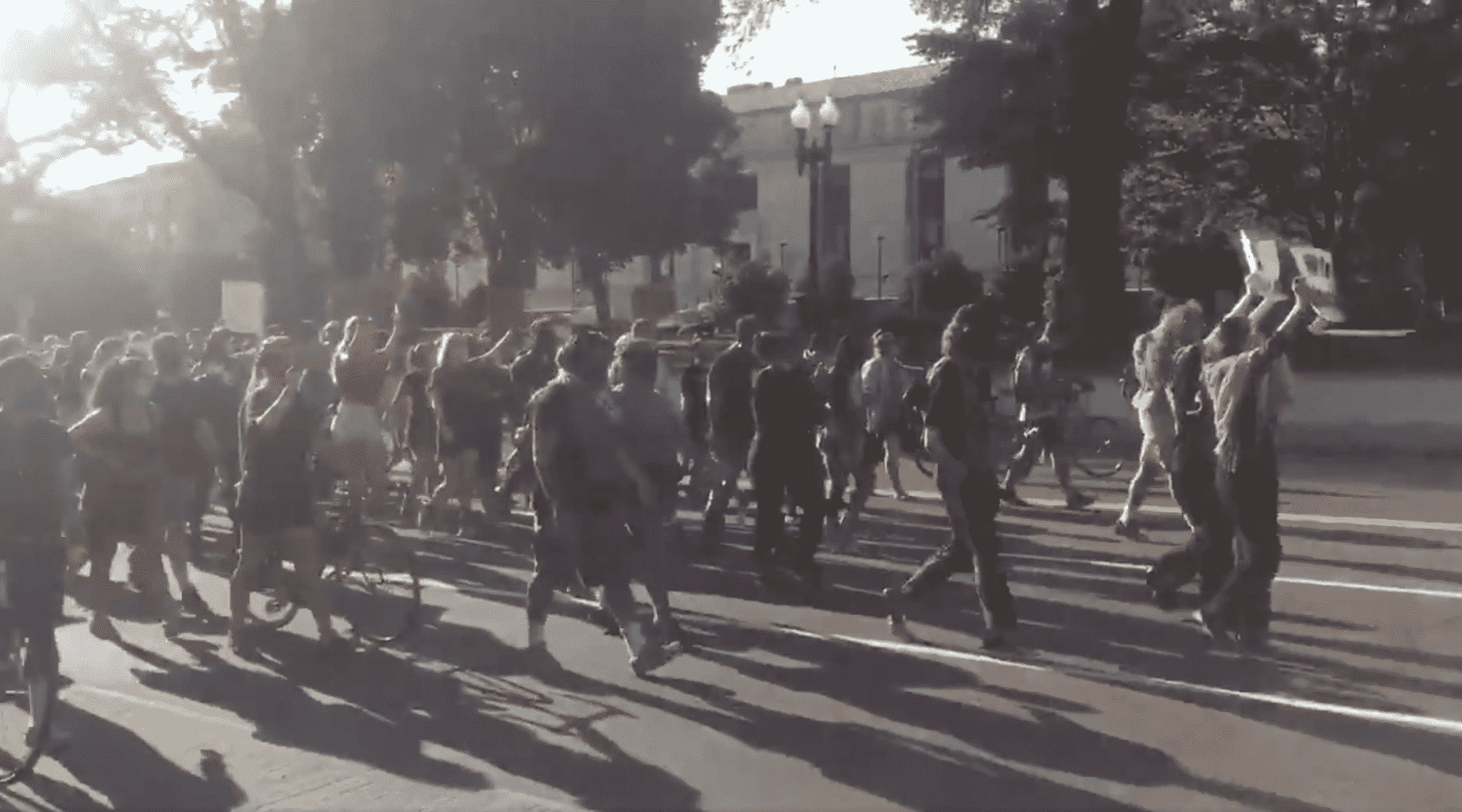 Protesters at a Black Lives Matter demonstration in Washington, D.C., July 1, 2020. (Screen shot from Nic Rowan/Twitter) ( JTA ) — Protesters at a demonstration in Washington, D.C., linking Black Lives Matter and the Palestinian cause chanted “Israel, we know you, you murder children, too.” The demonstration Wednesday was billed as an event in support of the Day of Rage called by the Palestinian Authority and other groups to protest Israel’s announced plan to annex up to 30% of the West Bank on or after July 1. A staff writer for The Washington Examiner, Nicolas Rowan, posted a video of some of the march on Twitter.

It was only a matter of time before the DC protests turned anti-Semitic. pic.twitter.com/YTbwwGuOYh — Nic Rowan (@NicXTempore) July 1, 2020 Chants also alternated between “Black lives matter!” and “Palestinian lives matter!” The march, from the Lincoln Memorial to the Capitol building, was led by a Harvard student, Christian Tabash, who read a poem about Israel’s crimes against Palestinian Muslims, according to the Examiner. The poem referred to Israel as “puppet master of continents,” an age-old conspiracy theory that Jews run the world. Tabash, a rising senior, also noted several times that the Palestinian movement is “intrinsically tied to Black Lives Matter” and called to defund police departments. The Republican Jewish Coalition in response said in a statement: “We are horrified by this vicious hatemongering by Black Lives Matter protesters. The Black Lives Matter charter is filled with anti-Israel and antisemitic lies. It is deeply disturbing, but not surprising, to hear those sentiments chanted in the streets of Washington, DC.” The statement called on former Vice President Joe Biden, “as the standard-bearer of the Democrat Party, to condemn these anti-Semitic chants by BLM protesters.”

Click here to view the original web page at jewishjournal.com

← Prev: Franklin Graham: The Love That Conquers Racism Next: Joe Biden: Protecting Unborn Babies From Being Killed in Abortions is “Extreme” →