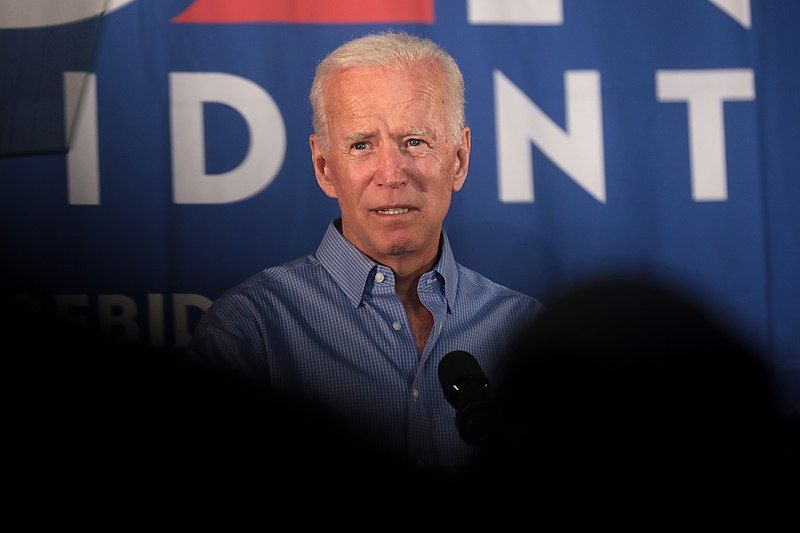 CatholicVote said the former vice president should publicly speak out against the attacks, saying that since Biden is both a self-professed and baptized Catholic, he has a responsibility to condemn acts of vandalism and violence against Catholic churches.

“Catholic churches across America are literally burning, and Joe Biden has said nothing,” CatholicVote President Brian Burch said in a statement provided to the Daily Caller News Foundation. “Leading members of the Democratic Party have fueled a climate of hate against Catholics, and these attacks have now led to acts of vandalism and violence.”

Since the beginning of July, a number of attacks on Catholic churches and statues have occurred throughout the U.S. These incidents include vandalism at a Connecticut church, the beheading of a Jesus statue in Miami, Florida, vandalism of a Virgin Mary statue in Montana, the beheading of a Virgin Mary statue in Tennessee, the burning of San Gabriel Mission in California, and an attack in which a man drove his car into a Florida church and set the church on fire while parishioners were inside.

The most recent of the attacks took place over the weekend at Sacred Heart Church in Weymouth, Massachusetts, in incident wherein fires charred the church’s door and melted the church’s interior. Police and arson experts are investigating the fires and believe a Molotov cocktail was thrown at the church.

Biden’s silence on these attacks calls into question his commitment to combatting “anti-Catholicism across the country,” according to Burch.

A senior White House official previously told the DCNF July 17 that the “criminals” who have vandalized and targeted Catholic churches and religious statues will be prosecuted “to the fullest extent of the law.”

“President Trump joins the Catholic community in solidarity during this difficult time,” the official told the DCNF. “Rest assured, President Trump will always demand law and order in American communities, and ensure the criminals causing these sacrilegious acts will be prosecuted to the fullest extent of the law.”

The Trump campaign also condemned the onslaught of anti-Catholic crimes occurring throughout the United States in a July 17 statement to the DCNF, accusing “radical leftists” of attempting to destroy the “moral fabric of our nation.”

Biden has not responded to a number of requests for comment from the DCNF on the alleged anti-Catholic crimes.

“Many of these statues and churches were built centuries ago by faithful Catholics and remain powerful symbols for Catholics today,” Former Congressman and CatholicVote Senior Political Adviser Tim Huelskamp said in a statement provided to the DCNF.

“All good and decent Catholics are offended by this growing anti-Catholic rampage,” he added. “Joe Biden’s deafening silence during this hate-filled epidemic speaks loudly of his consent to this shocking assault on our religious freedoms.”

Biden has frequently referenced his Catholic faith throughout his political career, particularly as a reason for his past pro-life votes in the Senate.“I’m probably a victim, or a product, however you want to phrase it, of my background,” Biden said in 1982 of his decision to vote for a pro-life amendment.

My Dad used to say there’s no greater sin than the abuse of power.

Whether it’s an officer bloodying a peaceful protester or a President defending him with a conspiracy theory he saw on TV.

I’m a Catholic – just like Martin. Our faith says that we can’t accept either.

He has since changed his stances on abortion and today champions almost unlimited abortion access as a presidential candidate, prompting a priest to deny the former Vice President Holy Communion during mass at Saint Anthony Catholic Church in South Carolina in October 2019.

“Sadly, this past Sunday, I had to refuse Holy Communion to former Vice President Joe Biden,” Father Robert E. More told the Morning News. “Holy Communion signifies we are one with God, each other and the Church. Our actions should reflect that. Any public figure who advocates for abortion places himself or herself outside of Church teaching.”

Former Vice President Joe Biden was denied communion Sunday at a Catholic church in South Carolina over his support for abortion rights. https://t.co/eCT1jTFz1P