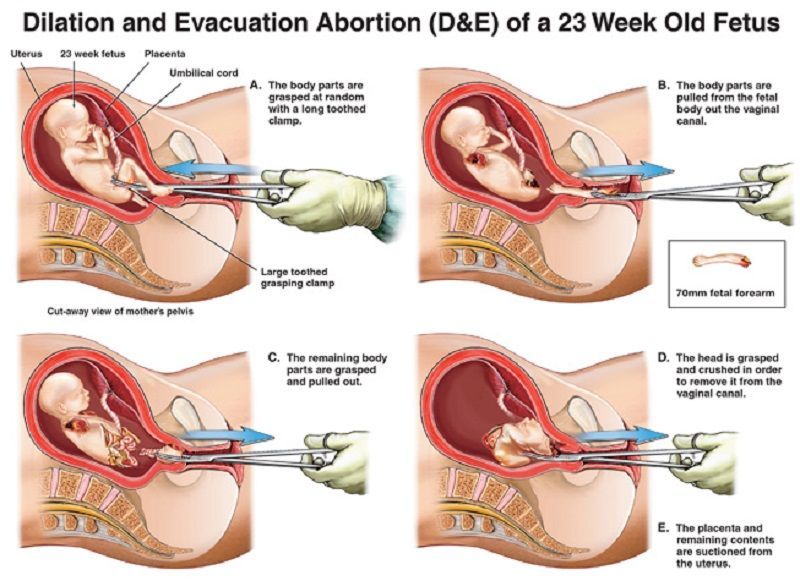 Late in the afternoon Wednesday, we were able to post a story filled with very encouraging news. Pro-lifers in Nebraska were able to overcome a pro-abortion filibuster of Legislative Bill 814, a bill that would ban dismembering living unborn children.

State Sen. Suzanne Geist, whose bill it is, said it best: “We are talking about eliminating a procedure that is barbaric.”

But how many people know that “barbaric” is putting it kindly? That pro-abortionists have had to dig deep into their bag of euphemisms to hide a truth so brutal it would make you sick to your stomach if you knew it. Let’s remind ourselves exactly what we are talking about.

First, an important side note for context. Newcomers to the pro-life camp may not be aware that the debate over partial-birth abortions actually changed the trajectory of the abortion debate. Even Gallup conceded that the publicity “likely caused more Americans to identify as pro-life.”

This in spite of our benighted opposition using every dirty trick in the book to attempt to hold back the tide. We were told partial-birth abortions either didn’t happen or were unbelievably rare (in fact there were thousands performed); it wasn’t a “medical term” (it was a legal term of art defined by Congress as a matter of federal law); and the Supreme Court would never uphold the ban on partial-birth abortions (the High Court did in 2007)—to name just three distortions.

The genius of partial-birth abortion is that the description cleared away the gauzy euphemisms. A baby is partially delivered, surgical scissors are jammed into the baby’s skull, and her brains are vacuumed out like so much soot.

This shock of recognition was pivotal in clearly the path for the Supreme Court to uphold the federal ban in its Gonzales v. Carhart decision.

When it comes to dismembering living unborn children, what 99% of the public knows is what the compliant, pro-abortion media tells them. If only half of the reality of this “abortion procedure” were conveyed, you would find overwhelming opposition akin to that we saw in the public’s outrage over partial-birth abortion.

I once critiqued a pro-abortionist who had celebrated a legal setback for one of the (now) 12 states that have passed a ban on dismembering living unborn babies.

But I gave Casey Quinlan credit for being honest enough to concede one thing directly and one indirectly. The former was contained in the subhead: “But it won’t stop other states from introducing these bans.”

The latter we find when she quotes Elizabeth Nash, senior state issues manager at the pro-abortion Guttmacher Institute. Alluding to the Dismemberment Abortion Ban section of the Pro-Life Senate Bill 8 passed by the Texas Legislature

Nash added that she finds it encouraging that the media and public have not popularized terms used by anti-abortion activists to describe these laws. By using language that makes the procedures sound dangerous, anti-abortion activists were successful in pushing for what they called “partial birth” abortion bans in the 1990s, Nash explained. This was a different second-trimester procedure called intact dilation and extraction.

“They use this term called ‘dismemberment abortion,’ which hasn’t been picked up in the same way that partial birth abortion was used,” Nash said. “We haven’t seen that term catch up, so I am wondering if that shows some sense of reluctance on the part of the public and the media to buy into the claims by abortion opponents on this issue.”

While this is 50% error and 50% spin, Nash has the big picture correct. The media coverage of laws to ban the dismemberment of living unborn babies could have been written by Planned Parenthood and NARAL.

Dismemberment abortions are every bit as brutal, as inhumane, and dehumanizes the abortionist every bit as much as partial-birth abortions. This “technique” tears and pulverizes living unborn human beings, rips heads and legs off of tiny torsos as the defenseless child bleeds to death. It is a measure of how trafficking in abortion brutalizes practitioners and defenders alike that a common response is that all “surgery” is “gross.”

The pro-abortionist’s counterfeit currency has been and always will be misdirections, phony comparisons and anesthetic language.

Ours, by contrast, is the genuine article: the simple, unadorned truth.

← Prev: Joe Biden is Supposedly Catholic But He Hasn’t Condemned Arson and Vandalism of Catholic Churches Next: UK Restaurant Endorses ‘No Masks Allowed’ Policy: ‘Masks Are For Criminals & Asbestos Workers’ →