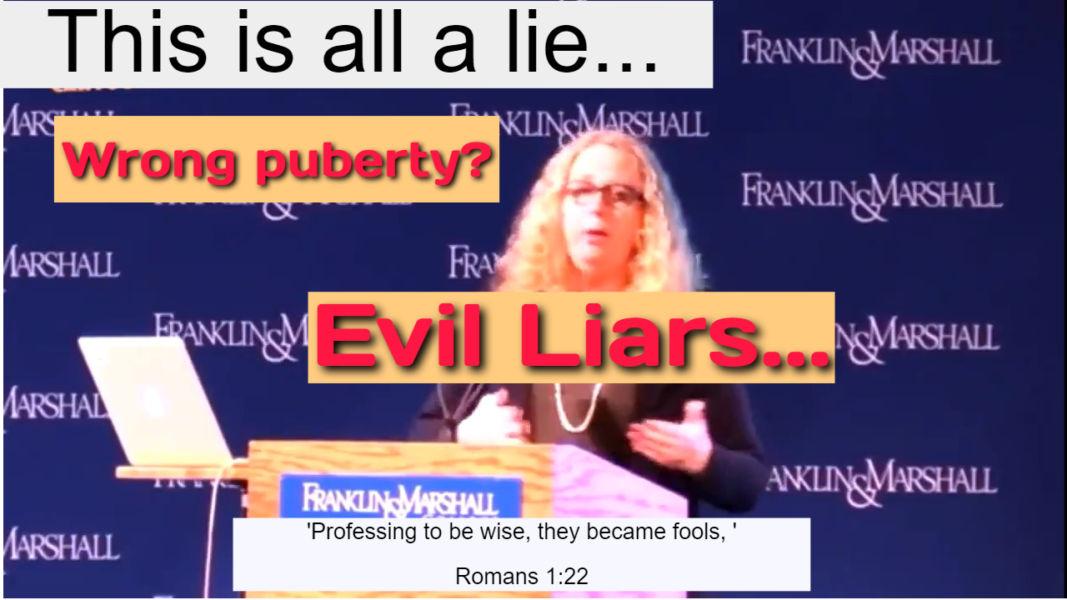 This is pure and simple child abuse and it’s Satanic. There is no such thing as Wrong Puberty…

Transgender is a lie from the pit of hell, there is no such thing as Transgender it’s called “Gender Dysphoria”.
Human sexuality is the perfect design by God and binary with the purpose being to multiply the earth (Genesis 1:27; Genesis 9:1).

This concept of biological male and female is self-evident to ALL MANKIND but many CHOOSE to hold down the truth with unrighteousness (the lie). Sadly, the world celebrates this child abuse forgoing all common sense and truth.

The LGBTQ movement is compelled death and they have always targeted our youth. The sick depravity that drives the LGBTQ crowd to push this unnatural lifestyle on the most vulnerable, our children, is the kind of perversion that is beyond all moral bounds.

Only the power of the gospel can change mankind’s, evil heart. We are all sinners and come short of the glory of God. But…

Believe what? The Gospel or Good News.

That God sent His only Son Jesus Christ, to shed His blood and die on the cross, was buried, and rose from the dead alive three days later never to die again.

‘Moreover, brethren, I declare to you the gospel which I preached to you, which also you received and in which you stand, by which also you are saved, if you hold fast that word which I preached to you—unless you believed in vain. For I delivered to you first of all that which I also received: that Christ died for our sins according to the Scriptures, and that He was buried, and that He rose again the third day according to the Scriptures, ‘