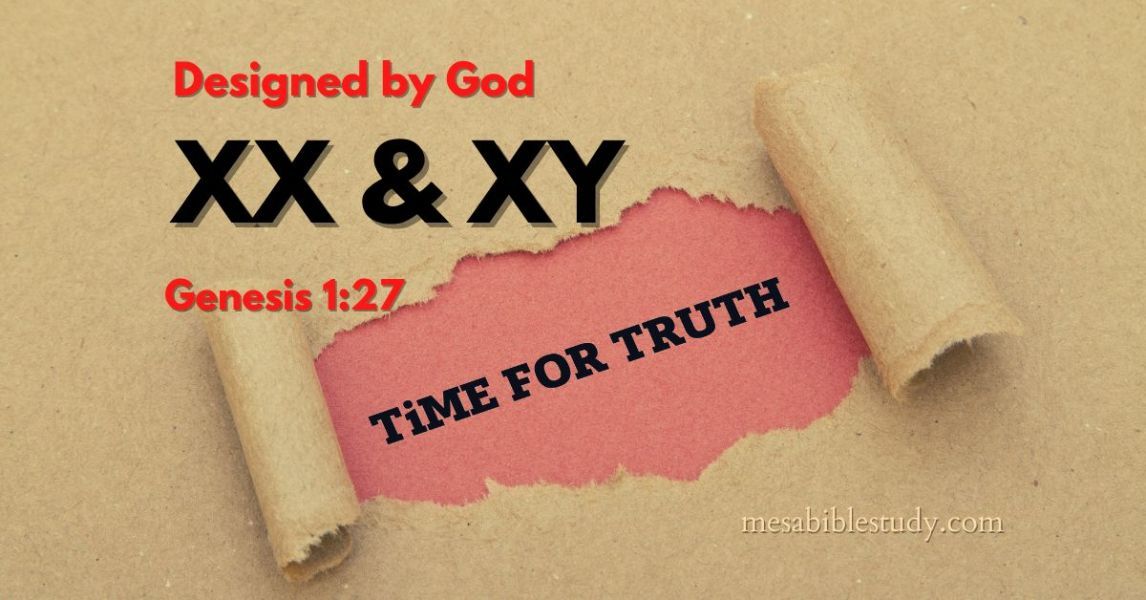 Transgender is a lie from the pit of hell

There is no such thing as Transgender it’s called “Gender Dysphoria”.

Human sexuality is the perfect design by God and binary with the purpose being to multiply the earth (Genesis 1:27; Genesis 9:1). This principle is self-evident to ALL MANKIND but many CHOOSE to hold down the truth with unrighteousness. Newborns are not “assigned” sex or gender at birth. Sex declares itself anatomically in the womb and is clearly evident or should be, and acknowledged at birth.

Stop lying to your children!

Anyone that supports the chemical castration or any other procedure that would change aesthetically anyway, the gender of an 8-year-old child is not just deceived they are horrible parents.

Even coddling 8-year-olds with lies that would encourage them to believe they are anything other than how God made them, at a minimum makes you a dishonest person and or parent.

Romans 1:18 makes clear that this type of bestial behavior on by parents, the medical community, and the LGBTQ lobby is the result of the truth being held down with unrighteousness or the lie. The Greek (κατέχω) implies they are holding down or literally standing on truth with their feet; the LGBTQ lobby along with the medical community is literally trampling underfoot the “Truth” with unrighteousness.

Yes, Jesus Christ is “the TRUTH” and each every word in Scripture is Truth and Absolute.

What does the Truth say about Gender?

‘So God created man in His own image; in the image of God He created him; male and female He created them. ‘

‘And He answered and said to them, “Have you not read that He who made them at the beginning ‘made them male and female,’ and said, ‘For this reason a man shall leave his father and mother and be joined to his wife, and the two shall become one flesh’ ? So then, they are no longer two but one flesh. Therefore what God has joined together, let not man separate.”’

In Genesis 1:28, God blessed Adam and Eve by giving them dominion over all the earth and they were to be fruitful and multiply the earth.

‘Then God blessed them, and God said to them, “Be fruitful and multiply; fill the earth and subdue it; have dominion over the fish of the sea, over the birds of the air, and over every living thing that moves on the earth.”’

The purpose of male and female design should be self-evident and is but people choose reject truth to please their own desires.

Trampling the Truth with the Lie

Transgender is a lie because God Himself designed mankind male and female. XX and XY are not genetic markers for parents to “pick and choose a gender” at some later time. On the contrary, XY and XX are clear biological determinants (determined by God Himself) of sex; male or female.

Scripture is clear that as we get closer and closer to the Lord’s return deception will rule the day. And this lie of “Transgenderism” is a doozy of a lie. And so bestial in it’s fulfillment because this evil targets young children.

Only the power of the gospel can change the hearts and it is the gospel alone that has freed thousands from the lie transgenderism.

As Christians we approach Transgenderism or any other lie with “Truth”. We boldly share the gospel with love and humility and we do not compromise Truth to gain unity. Never! We share the “Good News” the gospel and pray that God opens their heart.

It is the “Good News” the gospel and the gospel alone that has the power to transform a persons heart. And what is the good news? That God sent His only Son Jesus Christ to shed His blood on a cross and die for your sin, my sin, the sin of the world, was buried and rose from the dead three days later. That’s the “Good News” and it is the only power unto salvation.

If you have questions about Christianity or the gospel please take 2 minutes to read “Religion is Behavior Modification…Christianity is Heart Transformation”.

Below you can read from the transcript of Joe Biden’s town hall where he makes clear that it’s okay to lie to an 8-year-old about their gender.

Former Vice President Joe Biden said during a town hall hosted by ABC News on Thursday night that eight-year-olds should be allowed to decide that they are transgender.

Haeck: I’m the proud mom of two girls, eight and ten. My youngest daughter is transgender. The Trump administration has attacked the rights of transgender people, banning them from military service, weakening nondiscrimination protections, and even removing the word “transgender” from some government websites. How will you, as president, reverse this dangerous and discriminatory agenda and ensure that the lives and rights of LGBTQ people are protected under U.S. law?

Biden: I will flat-out just change the law. Eliminate those executive orders, number one. You may recall, I’m the guy who said — I was raised by a man who, I remember, I was being dropped off, my dad was a high school-educated, well-read man who was a really decent guy, and I was being dropped off to get an application in the center of our city, Wilmington, Delaware, the corporate capital of the world at the time, and these two men are getting out to get an application to be a lifeguard in the African-American community, because there was a big swimming pool complex. And these two men, well-dressed, leaned up and hugged one another and kissed one another. I’m getting out of the car at the light, and I turned to my dad, and my dad looked at me, he said, “Joey, it’s simple. They love each other.” The idea that an 8-year-old child, a 10-year-old child, decides, you know, “I want to be transgender, that’s what I think I’d like to be, it’d make my life a lot easier” — there should be zero discrimination. And what’s happening is, too many transgender women of color are being murdered. They’re being murdered. I mean, I think it’s up to now 17, don’t hold me to that number. But — it’s higher now?

Biden: And that’s just this year. And so, I promise you, there is no reason to suggest that there should be any right denied your daughter or daughters, whichever, one or two —

Biden: — oneyour daughter, that your other daughter has a right to be and do. None. Zero. And by the way, my son, Beau, passed away, was the attorney general of the State of Delaware. he was the guy that got the first transgender law passed in the state of Delaware and because of a young man who became a woman, who worked for him in the attorney general’s office. And I’m proud of that.

← Prev: ‘The Lord Ain’t Ready for Me’: Oldest Living American Cites Faith When Asked About Longevity Next: Woman Beheaded in Church by Islamic Fanatic and Another Killed in Knife Attack in Nice, France →