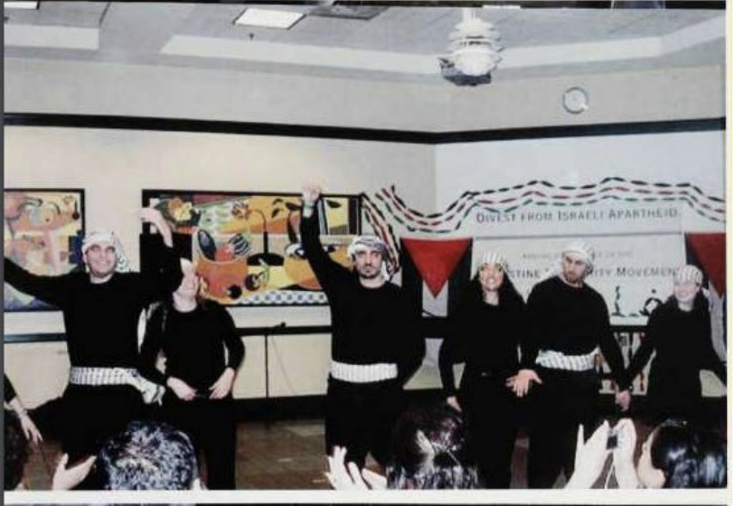 President Obiden the great unifier and chief appoints a bonafide bigot, antisemite, to the most powerful position in the US Intelligence community.

All of America’s intelligence will go through this anti-zionist, Muslim-brotherhood, BDS organizing son of Esau who believes Israel should not exist at all. Yes, Maher Bitar hates Jews, the nation of Israel, and wants all Jews pushed into the sea.

The Obiden administration (more Obama than Biden) is laying the groundwork to start off where Hitler failed. Beyond appointing a bigoted Jew-hater to the single most powerful position in America’s intelligence community the Obiden administration will soon sign the “Equality Act” into law. Which is the code for a “war of annihilation part 2” which will quickly open the door to the systematic imprisonment, torture, and murder of Christians and Jews.

The National Democratic Party has already pushed the idea of re-education camps to deprogram 90 million Americans. It’s coming in one form or another. This has nothing to do with former President Donald J. Trump or his followers and everything to do with the Democrat’s hatred for God and their love for death.

A Democrat Party official in California is calling for national re-education camps for families who voted for Trump.

This is not ok. pic.twitter.com/oHIgApHuuZ

‘Now the Lord had said to Abram: “Get out of your country, From your family And from your father’s house, To a land that I will show you. I will make you a great nation; I will bless you And make your name great; And you shall be a blessing. I will bless those who bless you (Israel), And I will curse him who curses you; And in you all the families of the earth shall be blessed.”’

‘Behold, the day of the Lord is coming, And your spoil will be divided in your midst. For I will gather all the nations to battle against Jerusalem; The city shall be taken, The houses rifled, And the women ravished. Half of the city shall go into captivity, But the remnant of the people shall not be cut off from the city. Then the Lord will go forth And fight against those nations, As He fights in the day of battle.’

‘And the Lord shall be King over all the earth. In that day it shall be— “The Lord is one,” And His name one.’

Ultimately, we are to pray continuously for our leaders. Pray that God opens their hearts to the gospel of grace.

The Biden administration is tapping for a top intelligence post a Palestinian-American who spent years at the forefront of efforts to boycott Israel and danced in front of a banner calling Israel an apartheid state. The selection of Maher Bitar to be the senior director for intelligence programs at the National Security Council is already generating concerns that he will use the post to diminish intelligence sharing between the United States and Israel. Bitar spent years leading anti-Israel organizations that promote the anti-Semitic Boycott, Divestment, and Sanctions (BDS) movement, which wages economic warfare on Israel. In college, he was a leader in Students for Justice in Palestine, a pro-BDS campus group known for bullying Jewish students. A 2006 yearbook picture from Georgetown University, where Bitar attended school, shows him posing before a sign that reads “Divest from Israel Apartheid.” Bitar, a former Obama White House staffer and general counsel […]

Click here to view the source of this article freebeacon.com