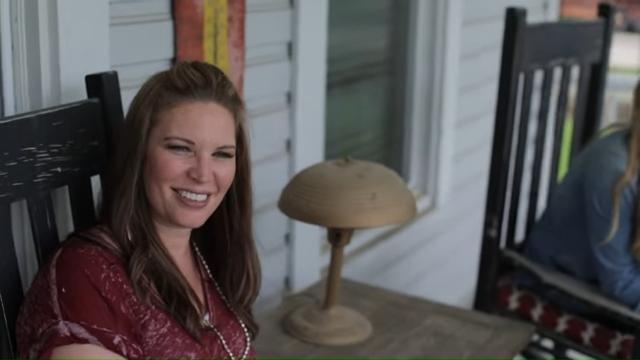 Blogger and author Jen Hatmaker, who came out in favor of homosexuality in 2016 and revealed that one of her daughters is lesbian for this year’s Pride Month, has now announced that she and her husband are ending their marriage. “I don’t know how to say this, and I still cannot believe I am even saying it, but Brandon and I are getting divorced,” she posted to social media on Monday . “Although the details are ours alone, this was completely unexpected, and I remain stunned as we speak. I am shocked, grief-stricken, and broken-hearted.” A document obtained by blogger Julie Roys shows that Hatmaker is the petitioner for the divorce and filed the paperwork on Aug. 21. Hatmaker told followers on July 31 that her family was going through an “unexpected crisis” and that they were “deeply hurting.” “Our family is navigating an unexpected crisis, and I’ve taken a step back from socials and work to help steer toward healing and wholeness,” she wrote. “Please know that everyone is safe, and all our kids are okay.” Hatmaker asked that supporters not “pry or ask or push, even out of sincere concern” but to pray. In subsequent posts, at times she spoke of going through an unnamed difficulty, including on Aug. 4, when she revealed that she was seeing a “body and soul healer” and described a “visualization” where she was drowning and her loved ones came in a boat to save her. “[P]lease trust me when I tell you that Jesus is real in suffering. Not in a ‘let go and let God’ way. Ugh. Because what does ‘let go’ even mean pragmatically in a lived experience of loss and grief? I hate that [expletive]. Everybody stop saying stuff like that,” Hatmaker posted on Aug. 22 . She […]